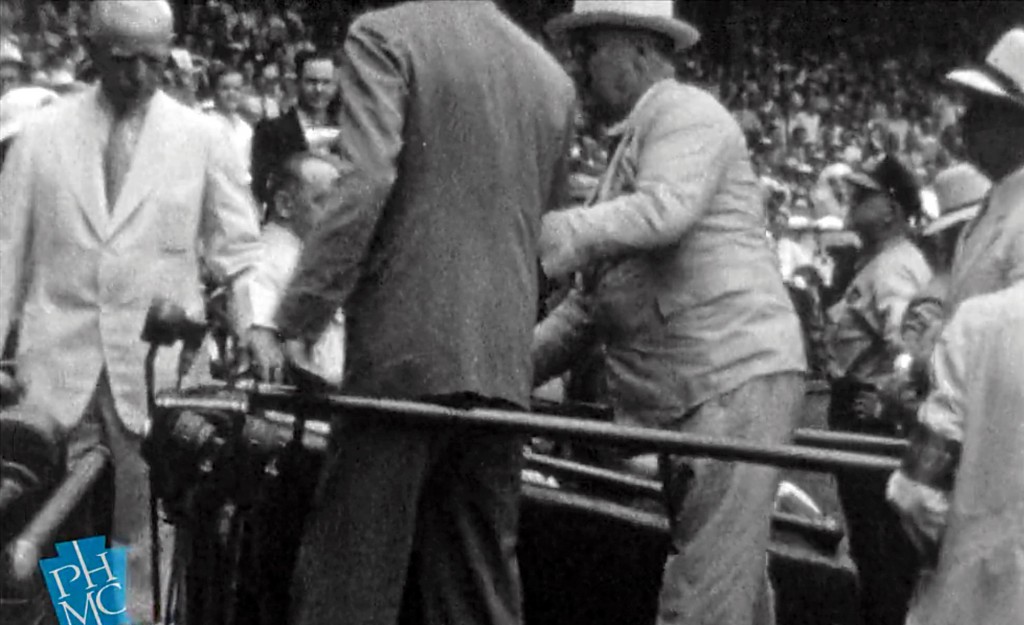 Rare film footage featuring President Franklin D. Roosevelt walking to his seat at a baseball game helps dispel the myth that he completely hid his disability as he went about his daily life, experts said Friday.

The 1937 clip shows FDR, who was paralyzed from the waist down by polio as New York governor in 1921, grasping a rail with one hand while being supported on the other side by an assistant. FDR used a wheelchair because he could walk only with braces.

The press generally did not film FDR struggling to walk, giving the impression that he actively concealed his paralysis. But experts say he tried to minimize it to ensure that other nations didn’t view him as a weak leader.

“Thousands of people saw him walk like that quite frequently, in person. That was no secret at all,” said Ray Begovich, who has researched FDR’s public image.