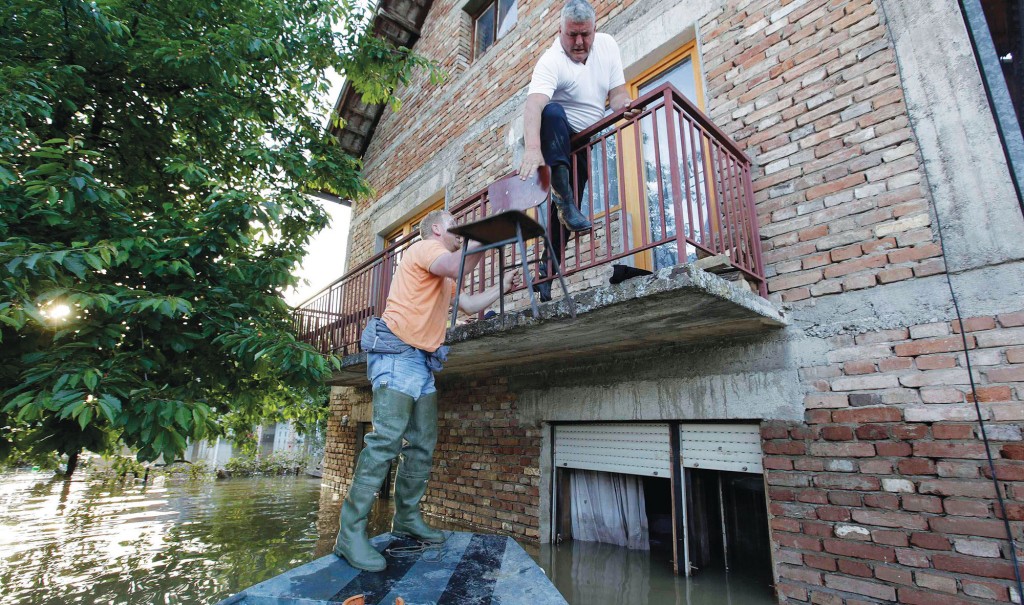 The death toll from flooding in the Balkans rose to 40 on Monday as emergency services in Bosnia, Croatia and Serbia struggled to house those displaced, reinforce dykes on swollen rivers and begin a massive clean-up operation.

In Serbia, more casualties were confirmed since Wednesday. Thirteen of the 20 victims drowned in Obrenovac, a Belgrade borough that has been hardest-hit over the last week.

The Serbian Interior Ministry ordered a full evacuation of Obrenovac as the level of the river Sava is expected to rise. Some residents had earlier refused to leave although there has been no power, sanitation and water since Wednesday.

A spokeswoman for President Tomislav Nikolic, who visited Krupanj, a town in the west that was hit by flash floods and landslides, said that people were killed there too but gave no details.

Some 19 people have died in Bosnia, most of them found in Doboj, and eight people are missing.

One person was reported dead in Croatia.

The authorities in Belgrade also ordered an emergency evacuation of villages in the area of Sabac amid concerns of further flooding on the Sava.

The peak of the wave was expected to reach Belgrade overnight. Before that it could cause additional damage to Obrenovac, where more than 7,500 of its 30,000 residents have been moved to shelters in Belgrade.

The river banks were being reinforced in Sremska Mitrovica, Sabac and Belgrade.

Places such as Krupanj, Smederevska Palanka, Paracin and Svilajnac have been without potable water and electricity for more than five days.

In Bijeljina, eastern Bosnia, the authorities said that thousands fled their homes and “thousands are fighting for their lives.”

The massive flooding in all three countries has also affected areas that were strewn with landmines during the disintegration of the former Yugoslavia.

The Bosnian Mine Action Centre warned that the water and landslides damaged the signs marking minefields and may have even carried some mines to unspecified locations.

All three countries agreed to launch a joint team to address the issue, Sasa Obradovic of BAC in Sarajevo told the German news agency dpa.

Even as the flood waters subside, the cold and wet weather has given way to warmer temperatures and experts worry that this change, thousands of animal corpses and polluted water may lead to outbreaks of disease, Bosnian media BHRT reported.

“We fought and are fighting for the lives of our people. Now we face a period of fighting for the health of our population,” Sarajevo Public Health Institute director Zeljko Ler was quoted as saying. “[Potable] water is our absolute priority.”

Ler said infectious diseases such as enterocolitis, typhus and hepatitis were the primary threats.