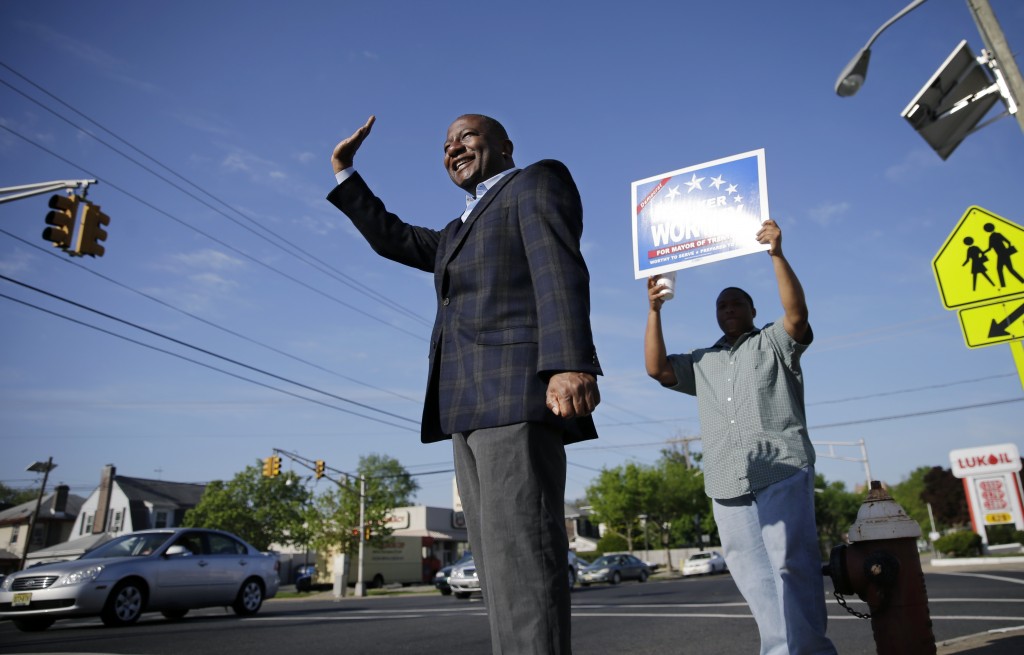 Voters in New Jersey’s biggest city and capital city are set to elect new mayors this week to replace caretakers who stepped in after the previously elected mayors left office.

The races in Newark and Trenton are technically nonpartisan, with none of the candidates running as members of a party, but they’re certainly contentious.

In Newark, campaign workers for candidate Shavar Jeffries are accused of setting opponent Ras Baraka’s campaign bus afire. They have since been fired. And in Trenton, posters advertising the six candidates are posted, often atop one another, on walls all over the city.

The cities are among several municipalities across the state holding nonpartisan elections Tuesday. In some places, one party is dominant. In others, it’s local custom to appear above partisan fray for local offices.

In Newark, Baraka and Jeffries are running to fill the seat previously held by Cory Booker, who won a special election last year to succeed U.S. Sen. Frank Lautenberg, who died in office. Both oppose a threatened state financial takeover and favor a return to local control of the city’s school district.

But education issues have been a major part of the campaign, as have outside funders.

Baraka has the support of the labor-connected New Jersey Working Families organization, which has paid for anti-Jeffries ads. Jeffries, a former state assistant attorney general and Newark school board president who is now a law professor at Seton Hall University, has the support of the independent Newark First.

In Trenton, the mayoral seat is open for a different reason: Previous Mayor Tony Mack was convicted at a federal corruption trial and removed from office before he could complete his first term.

Acting Mayor George Muschal isn’t running for a full term and instead hopes to return to the City Council. The six candidates seeking the mayoral seat all promise to return integrity to the office. Like in Newark, crime, economic development and the city’s relationship with the state government are major issues.

Paterson, the state’s third-largest city, has a crowded mayoral field of eight and could be headed for a runoff. Ocean City and Long Branch are also holding mayoral elections.