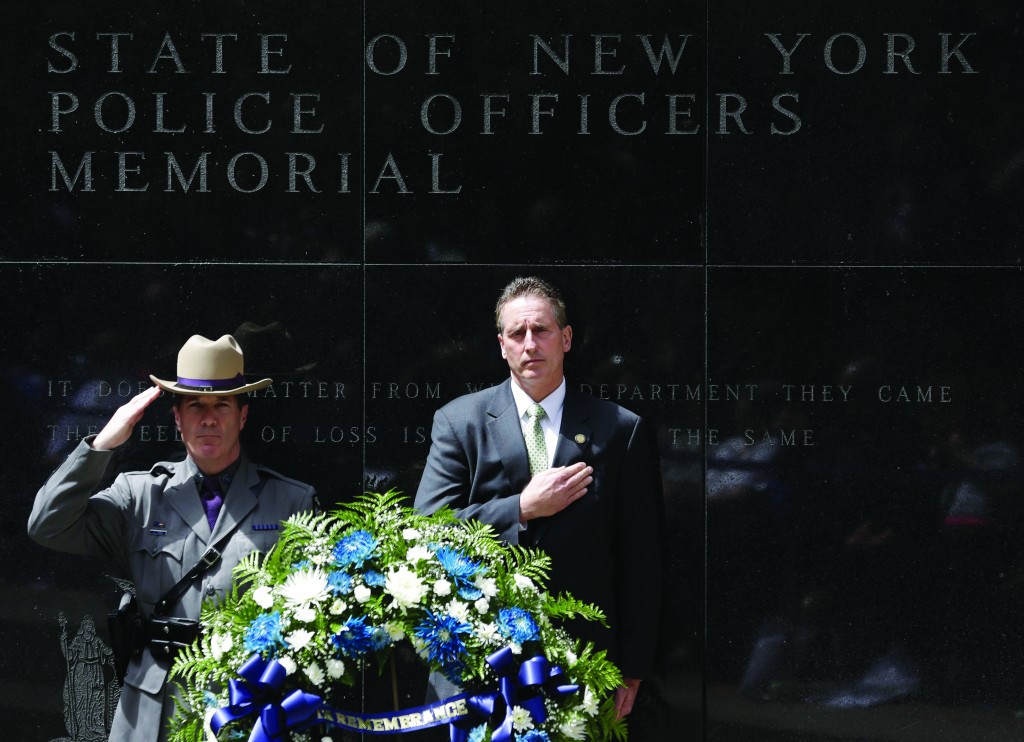 New York Gov. Andrew Cuomo will need a new running mate, after Lt. Gov. Robert Duffy announced he would not seek another term, less than two weeks before Democrats gather to nominate their candidates for the fall elections.

Duffy, the former mayor of Rochester, informed Cuomo of his intentions in a letter dated Wednesday, putting an end to months of rumors and punditry. The departure leaves Cuomo without one of his strongest political links to the upstate but creates an opportunity to reshuffle the ticket as he prepares to formally launch his bid for a second term.

The 59-year-old Duffy said that while he is proud of the administration’s work, the job’s travel demands were causing “constant back and leg pain.” Duffy said he also wants to spend more time with his family. He said he made the decision with “mixed emotions.”

“I have often traveled thousands of miles weekly because of the importance of being on the ground and reaching out to our constituents,” he wrote.

Cuomo praised Duffy’s service, noting he rose from being a police officer to Rochester’s chief of police to mayor.

“Few people have traveled more miles, heard from more New Yorkers, or had a greater impact on this state than Bob Duffy,” the governor said.

The former police officer-turned-politician said he will serve out the remainder of his term and has no plans to seek another elected office. Duffy purchased a lakefront home in the Finger Lakes last year and wrote in his letter that he plans to spend the rest of his life in the region.