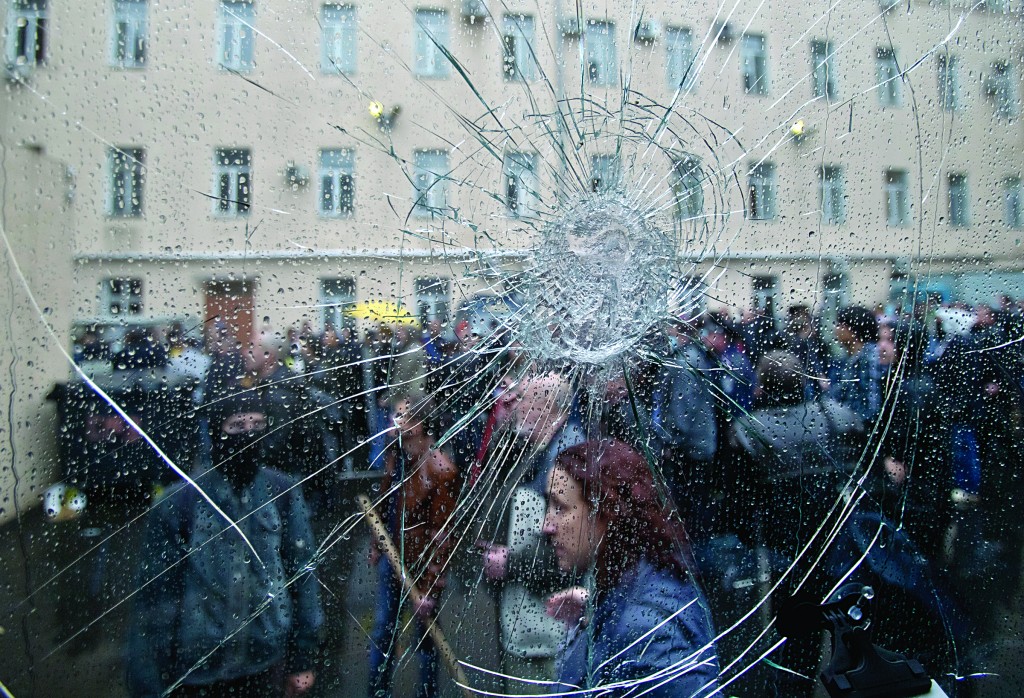 Hundreds of pro-Russian demonstrators stormed police headquarters in Odessa on Sunday and won the release of 67 people detained after deadly clashes in the Ukrainian port city.

More than 40 people died in the riots two days earlier, some from gunshot wounds, but most in a horrific fire that tore through a trade union building.

Ukrainian Prime Minister Arseniy Yatsenyuk, who hinted strongly that he saw Moscow’s hand in the unrest spreading through southeastern Ukraine, visited Odessa on Sunday to try to defuse the mounting tensions.

Odessa is the major city between the Crimean Peninsula, which Russia annexed in March, and the Moldovan separatist region of Trans-Dniester, where Russia has a military peacekeeping contingent.

Concerns are mounting that Russia ultimately aims to take
control of a huge swath of Ukraine from Trans-Dniester to the east. Russian President Vladimir Putin, who calls the area historically Russian lands, has said he doesn’t want to send in troops but will if necessary.

Yatsenyuk said police were being investigated for their failure to maintain order and he had charged prosecutors with “finding all instigators, all organizers and all those that under Russian leadership began a deadly attack on Ukraine and Odessa.”

Yatsenyuk’s visit came as Ukrainian authorities renewed their push to quell a pro-Russian insurgency in the east. Interior Minister Arsen Avakov said in a statement that an “antiterrorist operation” was being executed in the eastern city of Kramatorsk, the latest flashpoint for unrest.

“The operation was carried out by fighters of the National Guard and the armed forces. The active phase resumed at dawn. We will not stop,” Avakov said.

The city saw a standoff Saturday that culminated in pro-Russian insurgents setting buses alight to ward off attacks. Russian state media has reported 10 deaths, including two among government forces, during clashes in Kramatorsk so far. Those figures could not be independently confirmed.

By midday Sunday, however, there was little sign of movement, from either government or insurgents on the ground. The burned-out shells of trolleybuses and a minibus lay in the road untouched.

The clash began with street fighting in which at least three people were reported killed by gunfire, then turned into a grisly conflagration when government opponents took refuge in a trade union building that caught fire as opposing sides hurled Molotov cocktails at one another.