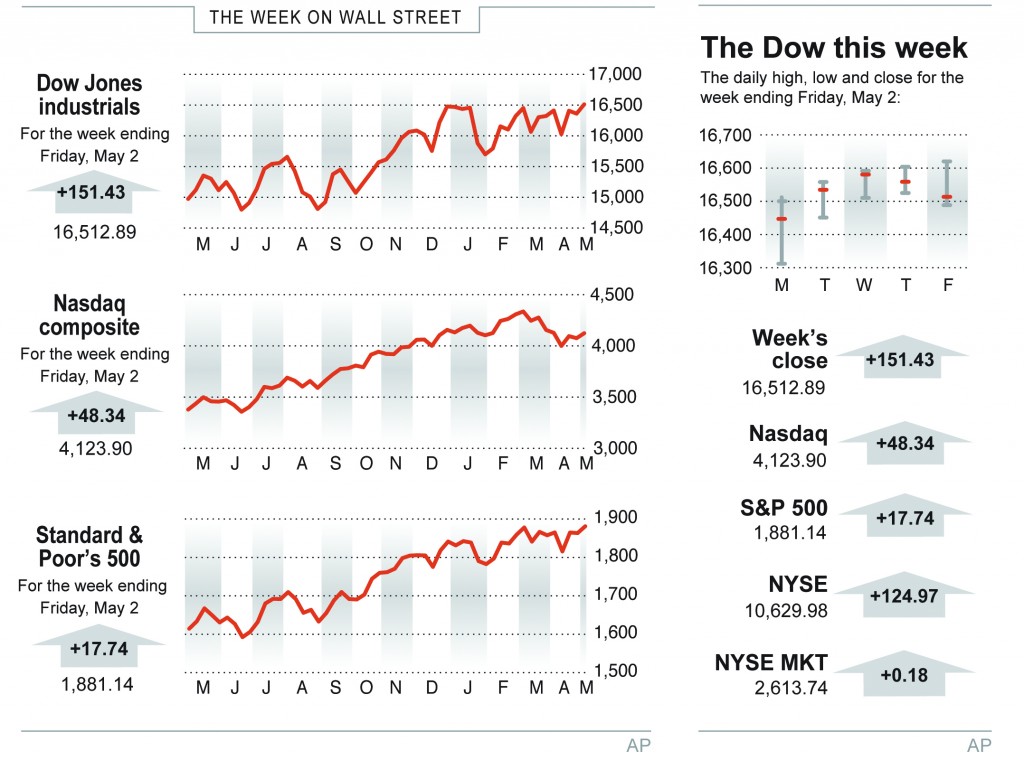 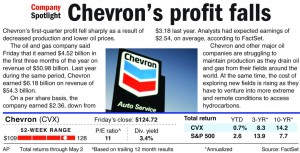 The stock market ended lower on Friday as a surprisingly strong report on job gains failed to impress investors.

Stocks rose in the early going after the government reported that U.S. employers hired at the fastest pace in two years last month. The Standard and Poor’s 500 index briefly rose above its record closing high.

All three major U.S. stock indexes wavered between gains and losses for most of the day.

Among the biggest losers was LinkedIn. The online professional networking service fell 8 percent after reporting its largest quarterly loss since going public. Expedia, the online travel site, fell nearly 4 percent, and Pfizer fell 1.3 percent after the drug company’s latest offer to buy AstraZeneca was rejected by its board.

In the jobs report, the government said employers added 288,000 jobs in April, 70,000 more than expected. Hiring was stronger in the prior two months than initially estimated, too. The unemployment rate for April plunged to 6.3 percent, the lowest since September 2008.

Among the stocks taking big hits Friday was Madison Square Garden, which fell $3.62, or 6.6 percent, to $51.47. The owner of sports teams and entertainment venues like Radio City Music Hall said its earnings fell by half in its fiscal third quarter, partly due to a management change.

More than halfway through the first-quarter reporting season, earnings for all companies in the S&P 500 are forecast to have grown 1.7 percent, according to S&P Capital IQ, a data provider. That compares with nearly 8 percent last quarter.

“We’ve got decent earnings growth, but it’s not great,” said Dan Morris, global investment strategist at TIAA-CREF. “We want the market to always hit new highs, but it has to be driven by earnings growth.”

In Ukraine, the government sent armored vehicles and troops to oust pro-Russian insurgents in the eastern city of Slovyansk. Two Ukrainian helicopters were shot down, and several people were reported dead.

Investors sought safety in U.S. Treasurys, pushing bond prices higher. The yield on the 10-year Treasury note fell to 2.59 percent, near its lowest level of the year.

In other corporate news, Estee Lauder rose $3.43, or nearly 5 percent, to $75.62, after reporting quarterly results that beat analysts’ estimates. Earnings at the beauty products company jumped 19 percent, helped by strength in emerging markets.