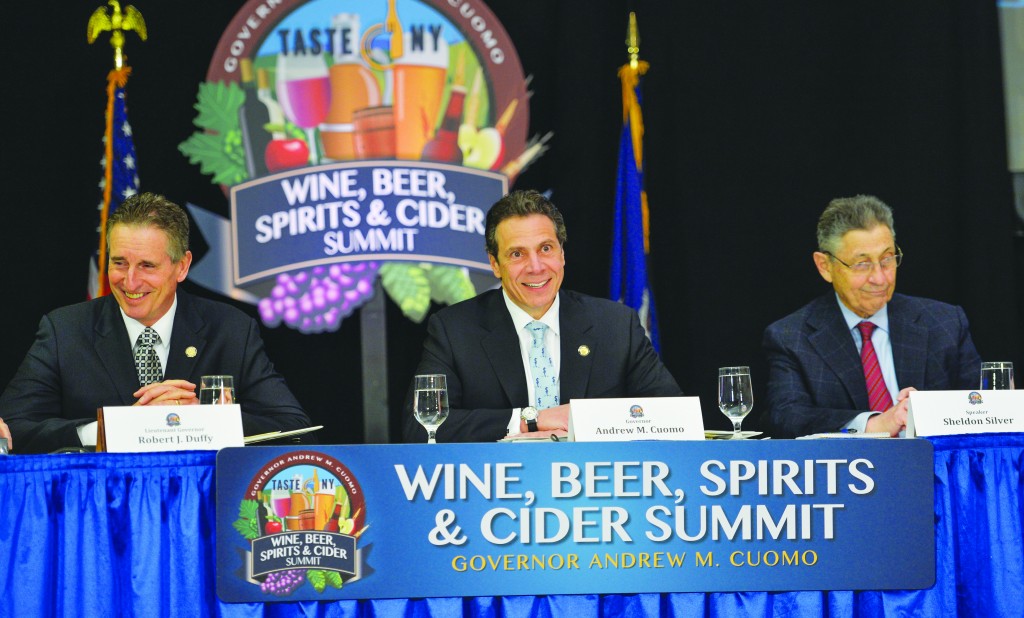 New York’s alcoholic beverage industry was on display at a summit Tuesday organized by Gov. Andrew Cuomo to focus on bolstering the business.

Cuomo said that New York is home to more than 600 wineries, breweries, distilleries and cideries and ranks third in the nation in wine and grape production.

New York’s alcoholic beverage industry employed 85,000 people and the combination of manufacturing, agriculture, distribution and retail had an economic impact of $27 billion in 2012, according to the National Beer Wholesalers Association and New York Wine and Grape Foundation.

Cuomo said that the state has invested $60 million in ads and promotion for the alcoholic beverage industry.

The state Liquor Authority and industry groups said New York ranks second nationally in sales of spirits, third in wine and cider, and fourth in beer.

While Cuomo was touting the industry’s achievements, some local winery owners took the opportunity to call for a ban on hydraulic fracturing, saying the gas drilling technology could contaminate the water crucial for alcohol production and destroy the industry.

Fracking is a drilling process that frees gas from deep rock deposits by injecting wells with chemical-laced water at high pressure.

Cuomo held the first summit for brewers, wineries, farmers and spirit producers two years ago. The state has been helping the businesses since then with marketing efforts, streamlined licensing and regulations, and legislation. The number of microbreweries has more than doubled since then, from 40 to 93.