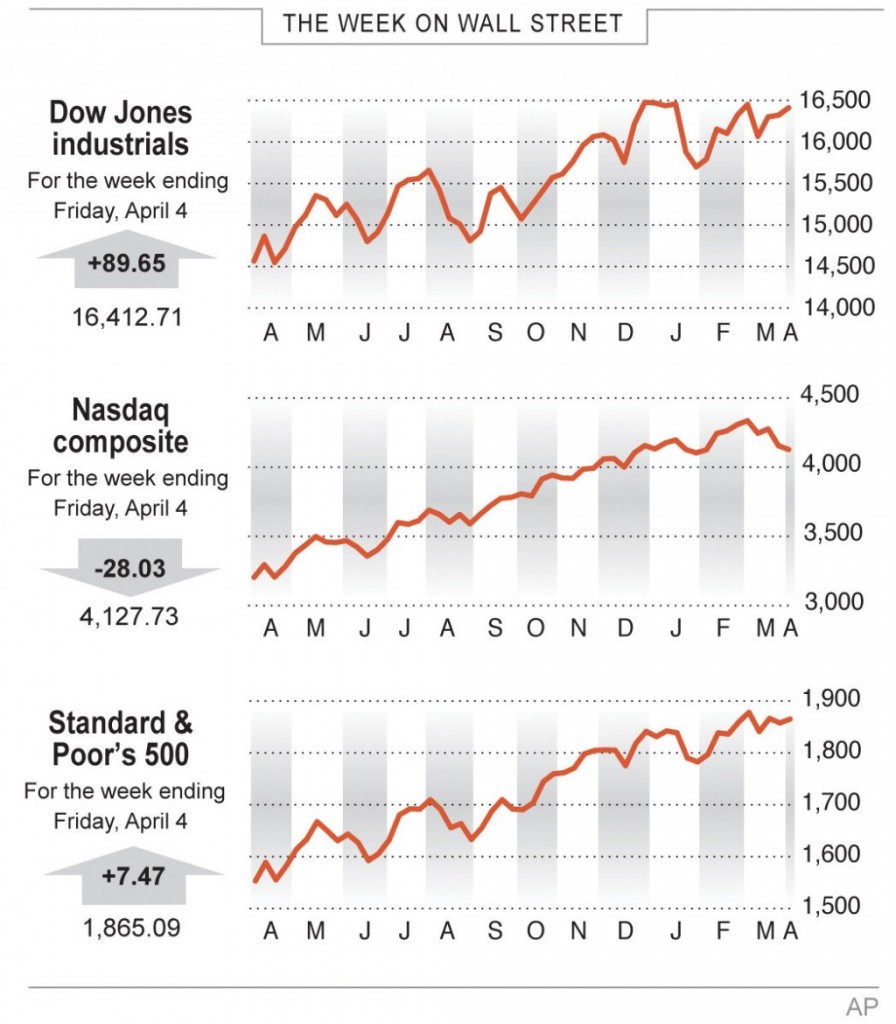 A slump in Internet and other technology stocks pulled the broader market lower Friday, as traders turned on the same companies they flocked to earlier this year. Google, Netflix and other pillars of the Internet economy took a beating.

It was a bad day in an otherwise decent week. The Standard & Poor’s 500 index ended the week slightly higher.

The stock market crept higher to start, began losing steam at lunchtime and then turned lower in the afternoon. The jobs report wasn’t the culprit, said Uri Landesman, president of the hedge fund Platinum Management. It was likely the “momentum” traders, he said, people who chased high-flying stocks and are having a change of heart.

Tech stocks had soared over the past year, pushing the Nasdaq composite index up 28 percent, as traders piled into Internet and biotechnology companies. Netflix and Facebook, for instance, doubled in price over that time.

“It’s like (traders) took a look at some of these high-flying Internet companies and said, “How can I justify these prices?’” Landesman said.

The technology-heavy Nasdaq composite index plunged 110.01 points, or 2.6 percent, to close at 4,127.73, its biggest one-day drop since February.

Utilities, which investors buy to play it safe and collect dividend payments, bucked the overall market and edged higher. Coca-Cola, Johnson & Johnson and other big corporations whose stocks are often less volatile than the broader market also made gains. Coca-Cola climbed 15 cents, or 0.4 percent, to $38.22.

Before the market opened Friday, the Labor Department reported that employers added 192,000 jobs in March. That’s less than economists had expected and also below February’s total of 197,000. On the bright side, employers added a combined 37,000 more jobs in February and January than the government first estimated. A half-million Americans started looking for work last month, and many of them found jobs.

Earlier in the week, a string of reports on manufacturing and hiring nudged the stock market to its record highs. Robert Pavlik, chief market strategist at Banyan Partners, said many investors have argued that tough winter weather held the economy back at the start of the year and that things would turn around as temperatures rose. The jobs report, Pavlik said, didn’t support their case. “A lot of what people have been saying about payrolls isn’t true,” he said.

Pavlik said he thinks the economy is likely to keep plodding along. With the market trading near record highs, it’s hard for him to see any good reason for stocks to climb much higher.