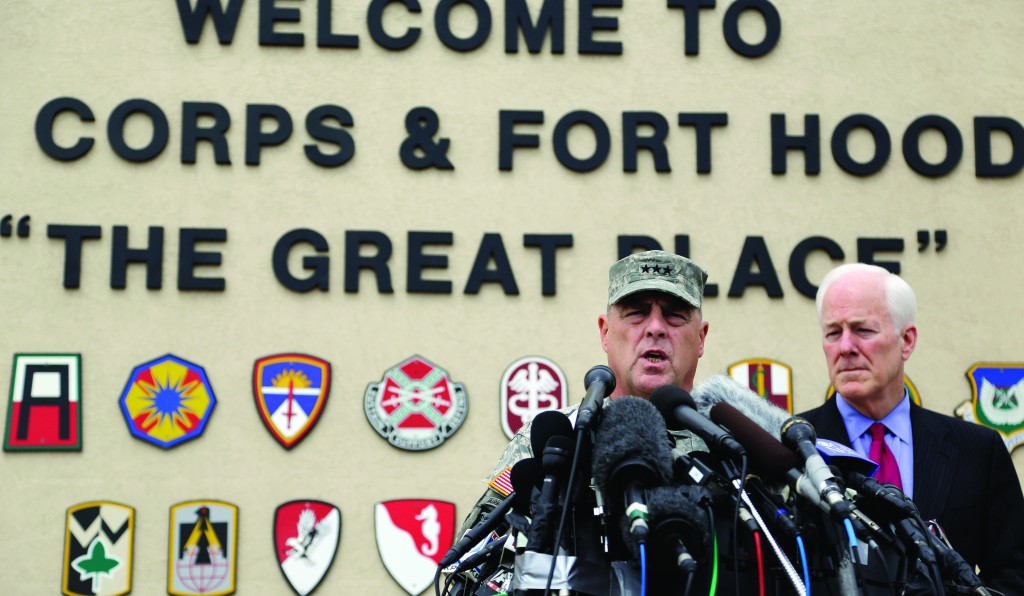 The soldier suspected of shooting dead three people before killing himself at the Fort Hood Army base in Texas was identified as Ivan Lopez, a man battling mental illness when he went on a shooting spree, the base commander said on Thursday.

No motive was given for the rampage on Wednesday, which also left 16 wounded in what was the second mass shooting in five years at one of the largest military bases in the United States, raising questions about security at such installations.

Officials have so far ruled out terrorism.

“We have very strong evidence that he had a medical history that indicates unstable psychiatric or psychological conditions,” Lieutenant General Mark Milley told reporters.

“There may have been a verbal altercation with another soldier or soldiers. There is a strong possibility that that in fact immediately preceded the shooting,” said Milley, adding there was no indication that he targeted specific people.

Lopez, 34, originally from Puerto Rico, had been treated for depression and anxiety. He was being evaluated to see if he suffered from post-traumatic stress disorder, or PTSD, military officials said.

He is suspected of smuggling onto the base a recently purchased Smith & Wesson .45 caliber pistol that was used in the shootings.

Army Secretary John McHugh said the soldier, who joined the army in 2008, had served two tours of duty abroad, including four months in Iraq in 2011. He had no direct involvement in combat and had not been wounded.

“He was undergoing a variety of treatment and diagnoses for mental health conditions, ranging from depression to anxiety to some sleep disturbance. He was prescribed a number of drugs to address those, including Ambien,” McHugh told a U.S. Senate committee hearing.

Rabbi Leonard Matanky, president of the Rabbinical Council of America, said, “We call upon the U.S. government to provide better support to both active military and veterans. They who make so many sacrifices on our behalf deserve nothing less.”