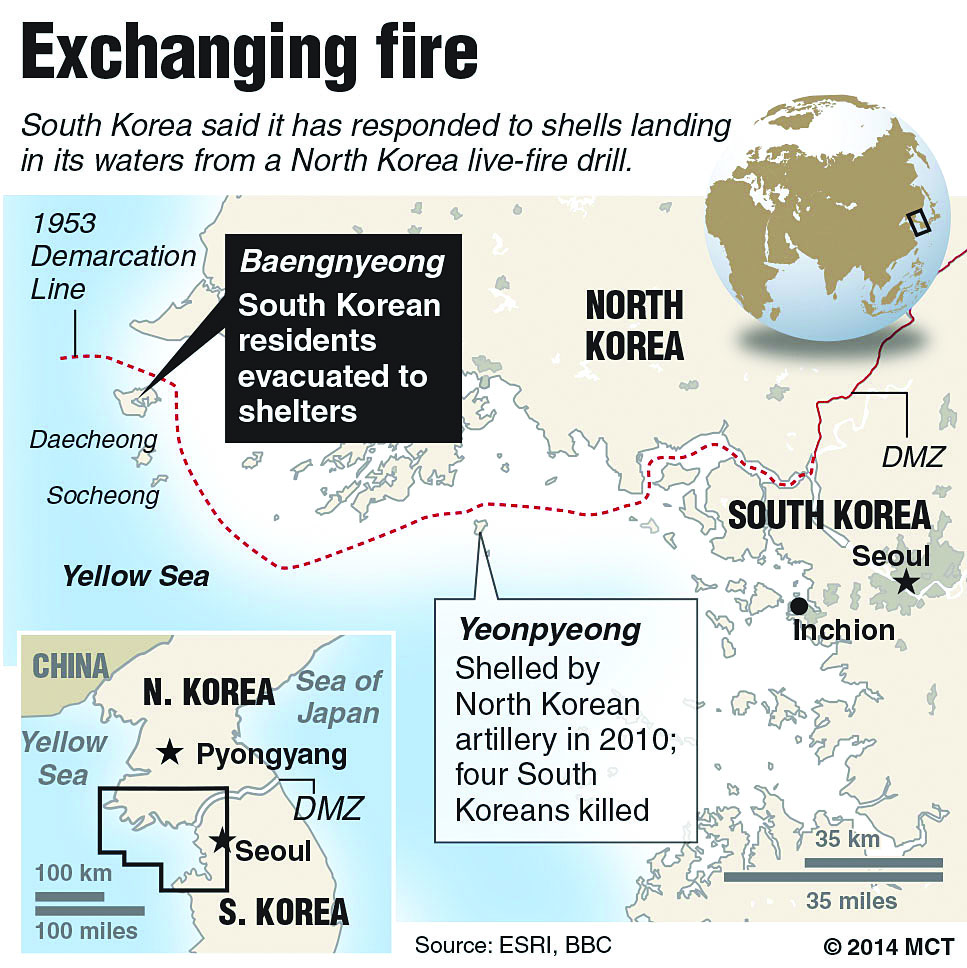 Around 100 artillery shells from the North landed on the other side of the Northern Limit Line, a disputed maritime border off the west of the peninsula, the South’s Joint Chiefs of Staff (JCS) said.

South Korea fired 300 self-propelled howitzer shells in response, aimed at open water on the North’s side, and dispatched F-15 fighter jets to the area, the report said.

Seoul’s Defense Ministry described the maneuver as a “calculated provocation,” adding that it may have been an attempt by Pyongyang to test South Korea’s combat readiness.

“If North Korea initiated the firing practice as a provocation near the South Korean coast, we will react with a strong response,” the ministry said in a statement.

The news comes after JCS received a fax announcing the drill from the North’s Korean People’s Army earlier Monday. North Korea conducts regular artillery drills, but does not usually give warning.

Seoul banned vessels from entering the training zone declared by the North, and evacuated civilians from the nearby island of Yeonpyeong, Yonhap said. No casualties were reported.

In November 2010 two South Korean marines and two civilians were killed on the island by North Korean artillery fire. Pyongyang expressed “regret” over the incident, but claimed it was self-defense in response to naval exercises by the South.

Pyongyang on Sunday also threatened to carry out new nuclear tests despite condemnation from the U.N. Security Council for its recent missile launches into the sea.