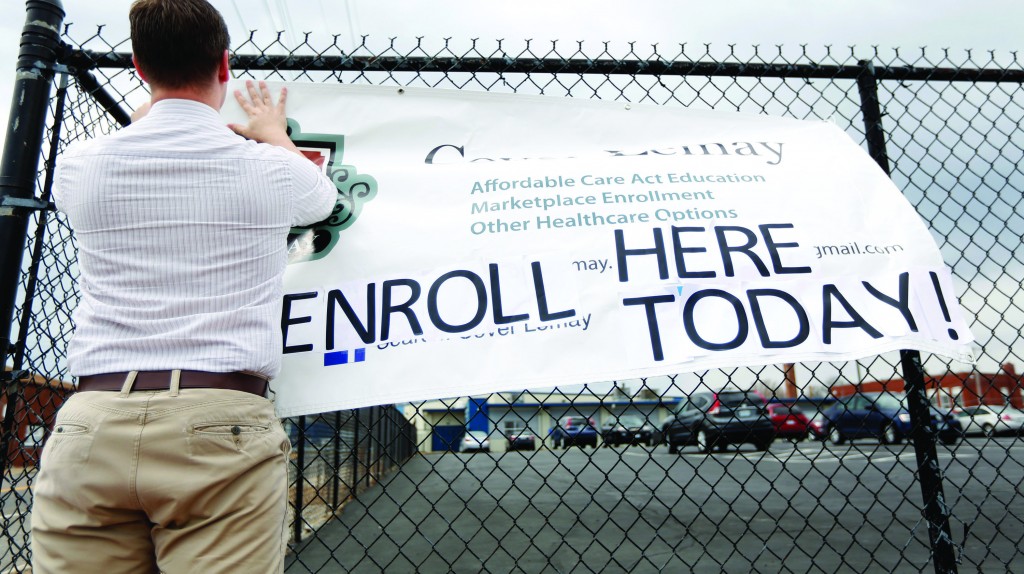 In a flood of last-minute sign-ups, hundreds of thousands of Americans rushed to apply for health insurance Monday, as deadline day for President Barack Obama’s overhaul brought long waits and a new spate of website ills.

Supporters of the health care law fanned out across the country in a final dash to sign up uninsured Americans. The HealthCare.gov website, which was receiving 1.5 million visitors a day last week, had recorded about 1.2 million through noon Monday.

At times, more than 125,000 people were simultaneously using the system, straining it beyond its previously estimated capacity. People not signed up for health insurance by the deadline, either through their jobs or on their own, were subject to being fined by the IRS, and that threat was helping drive the final dash.

The administration announced last week that people still in line by midnight would get extra time to enroll.

The website stumbled early in the day — out of service for nearly four hours as technicians patched a software bug. Another hiccup in early afternoon temporarily kept new applicants from signing up, and then things slowed further as the afternoon wore on. Overwhelmed by computer problems when launched last fall, the system has been working much better in recent months, but independent testers say it still runs slowly.

The White House and other supporters of the law were hoping for an enrollment surge that would push sign-ups in the new health insurance markets to around 6.5 million people. That’s halfway between a revised goal of 6 million and the original target of 7 million. The first goal was scaled back after the federal website’s disastrous launch last fall, which kept it offline during most of October.

The insurance markets — or exchanges — offer subsidized private health insurance to people who don’t have access to coverage through their jobs. The federal government is taking the lead in 36 states, while 14 other states plus Washington, D.C., are running their own enrollment websites.