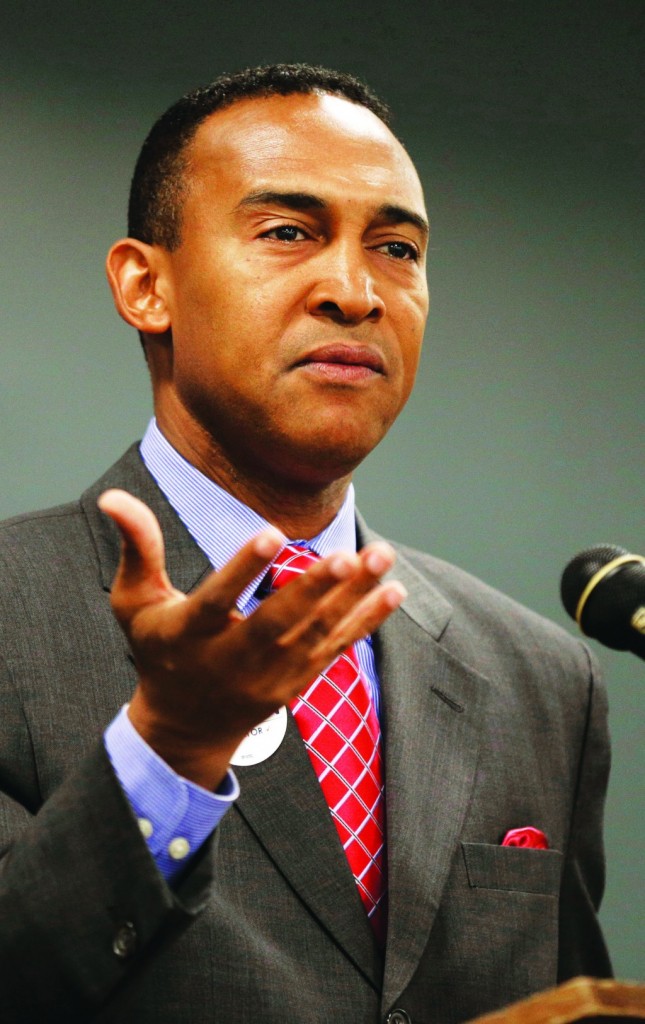 Less than six months on the job, the mayor of Charlotte was arrested Wednesday and accused of accepting more than $48,000 in bribes from undercover FBI agents posing as businessmen who wanted to do work with North Carolina’s largest city.

Mayor Patrick Cannon, a 47-year-old Democrat who rose from the city’s public housing projects to become a successful businessman and politician, faces federal theft and bribery charges. Cannon solicited and accepted more than $48,000 in cash, airline tickets, a hotel room and the use of a luxury apartment as bribes, according to a criminal complaint.

If convicted on all the charges, he faces 20 years in prison and more than $1 million in fines.

Cannon, a longtime radio show host and the founder of a parking management company, was elected mayor in November, replacing Anthony Foxx, who was named Transportation Secretary by President Barack Obama. He was released on $25,000 unsecured bond.

The investigation began in August 2010 after a tip from a local undercover officer about public corruption. At the time, Cannon still held an at-large seat on the Charlotte City Council. He was first elected to the council in 1993 at age 26, becoming the youngest council member in the city’s history.

According to the complaint, Cannon also accepted $12,500 from an undercover agent in exchange for getting the necessary permits to open a nightclub.

During the meeting, an undercover agent told Cannon: “You know, again whatever you can do to get our application moved up towards the top, uh, business license and things like that, that we need.”

Cannon responded: “Yeah, not a problem.”

Cannon later had a discussion with the undercover agent, apparently attempting to clarify that the money was strictly seed money for a product he wanted to develop and not payment for his help in opening the nightclub.

“OK, so I mean, ‘cause I’m not, I’m not one of those Chicago or Detroit type (of) folk,” Cannon told the agent, apparently referring to high-profile corruption cases in those cities.

Cannon ended the conversation by saying he looked good “in an orange necktie, but not an orange suit,” according to the complaint.