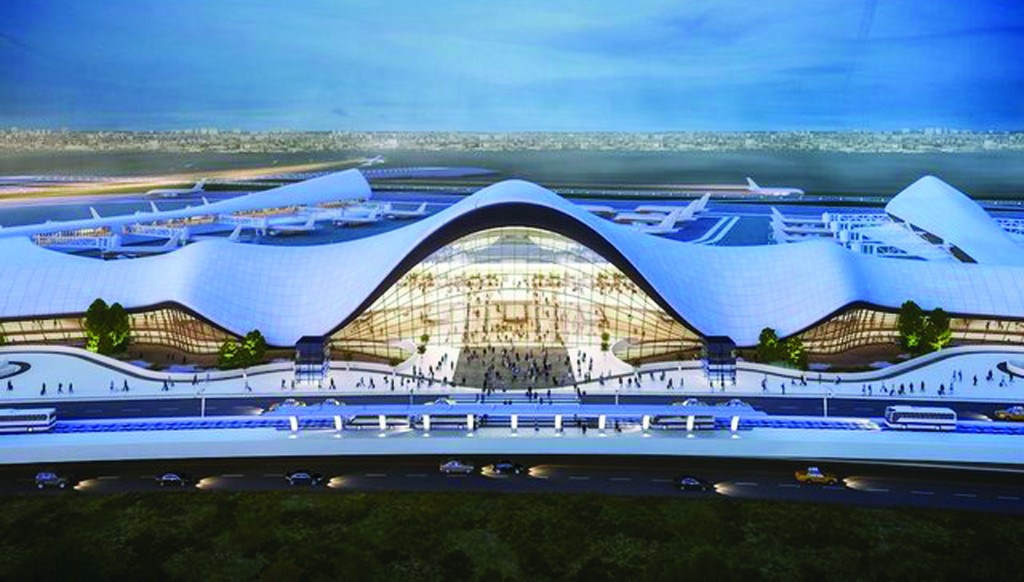 New renderings for a redesign of LaGuardia Airport show a central terminal that is one-third larger than the current one and a direct subway line to the city’s mass transit system.

The Queens airport mocked by Vice President Joe Biden as “third world” handles 12 million passengers a year, double the number for which it was built. In his state of the state address last month, Gov. Andrew Cuomo called for the state to take control of LaGuardia and John F. Kennedy airports to effect better performance.

The Port Authority, which operates the airport, expects to select a firm in the next few weeks. The number of passengers is expected to rise to 18 million by 2030. The $2.5 billion project is expected to be completed by 2021.