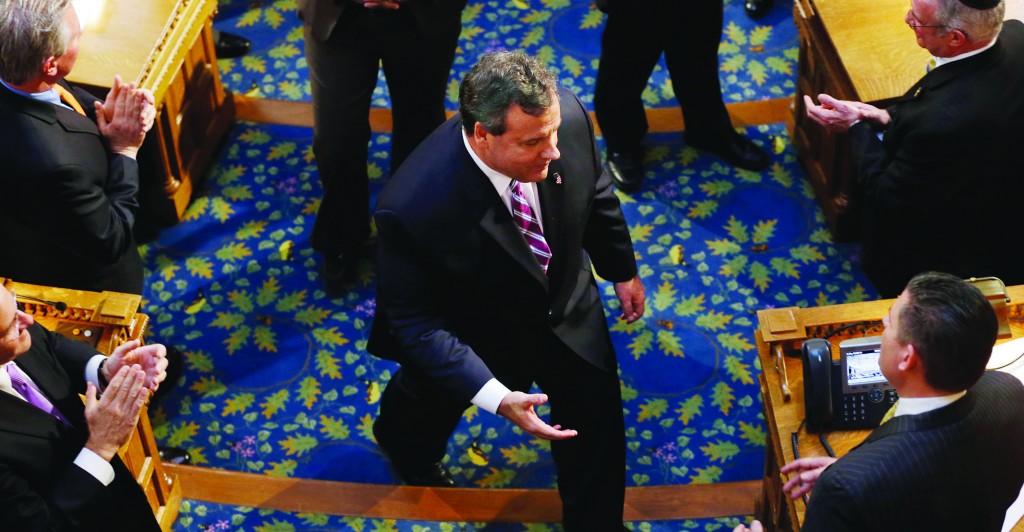 New Jersey Gov. Chris Christie proposed a $34.4 billion budget on Tuesday that makes a required $2.25 billion payment to the public worker pension fund without raising taxes, but said the state’s staggering retiree and debt costs are sapping spending increases for other programs and services.

The governor’s fifth budget proposal is in some ways his most constraining. With an annual pension obligation that grew by roughly $600 million over this year, debt payments of nearly $3 billion and steeply rising health benefit costs, Christie has virtually no wiggle room to fund major new initiatives.

Taken together, retiree and debt costs will eat up 94 percent of the state’s projected revenue growth.

“While this budget continues the fiscal discipline and pro-growth policies that we brought to Trenton four years ago, the budget doesn’t do everything we all might have wanted,” Christie said. “Not even close.”

The spending plan for the fiscal year that starts July 1 offers slight increases in K-12 and municipal aid, and increases higher education funding by $159 million, or about 8 percent. The budget also includes $5 million to allow some districts implement longer school hours. Property tax rebates would be maintained at current levels for those who are elderly, disabled or earn less than $75,000 a year.

But the budget does not include plans for a tax cut, a Christie proposal of two years ago that was thwarted by Democrats. And it all but abandons earlier administration efforts to privatize certain services.

“We just can’t raise taxes enough to pay for the exploding costs of public employee pensions and benefits, not to mention the burden it would place on our already overburdened taxpayers,” Christie said. “Without additional reforms, New Jersey taxpayers still owe $52 billion to fully fund the pension system,” he said.

Leaders of the Democrat-controlled state Legislature said they were not interested in revisiting pension changes. “We’ve done what we need to do with the pension system,” Senate President Stephen Sweeney said. “We need to stay the course.”

A balanced budget must be approved by the Legislature before July 1.