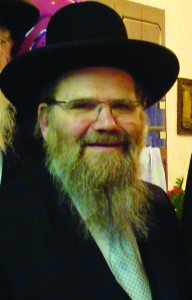 The sudden petirah of Harav Moshe Aryeh Bamberger, zt”l, on Tuesday was a great loss for the Jewish communities in France, and for the Torah world as a whole.

Harav Bamberger, 70 years old, was the devoted leader of the Metz kehillah in France for 40 years. He was treasured and cherished by all members of the town. His passing has left a great void that will be impossible to fill.

Harav Moshe Aryeh was a scion of the illustrious Bamberger family, a descendant of the Wurzberger Rav, zt”l. His father was Harav Yitzchok Dov Bamberger, zt”l, from Schonlanke, who was responsible after the War for founding and maintaining the shul, schools and most of the other essential mosdos in Brussels.

During the time of the Second World War, Moshe Aryeh was hidden for a whole year with a non-Jewish family. Later, he learned in Yeshivas Kol Torah, and then in Gateshead Yeshivah. After his marriage, he learned in the Gateshead Kollel. His wife, tbl”c, is a daughter of the famous tzaddik Harav Gershon Cahen, zt”l, who was the Menahel of the Yeshivah of Aix-le-Bain, and who had a major spiritual influence on the whole of France.

At the age of 30, Harav Moshe Aryeh took up the position as Rav of Metz and loyally shepherded his flock right up until his petirah. During the past four decades, he was accepted as the communal Dayan of the whole town, and was responsible for transforming its character.

The post-War town of Metz lacked the basic facilities of a Jewish community. Harav Bamberger made Metz into one of the most respected Yiddishe kehillos in France.

Even though he was uncompromising in his high standards of Torah, he never upset any person, and was always ready to be ma’avir al midosov. As a result, he was beloved by the entire town. Everybody was enamored of his company, to the extent that they insisted on inviting him to travel to Eretz Yisrael to participate in their simchos.

Harav Moshe Aryeh was an outstanding talmid chacham. Besides his many duties as Rav to the town, he was very involved in publishing the Torah of the Chachmei Metz, including the recent publication of unseen manuscripts of the Sha’agas Aryeh on masechtos haShas and teshuvos.

Harav Bamberger established and led the Kollel that still is one of the jewels of the Metz kehillah. He also took personal responsibility until his last days for hashgachah on various kosher products.

He is survived by his respected mother and his wife, who was his mainstay in all his achievements. All his 10 sons, his daughter and his son-in-law are all yire’im u’sheleimim. They live in many parts of the world and all follow in the ways of their father.

This article appeared in print on page 11 of the February 19th, 2014 edition of Hamodia.