Regional As They Dig Out, NYC Area Preps for More Snow
Regional 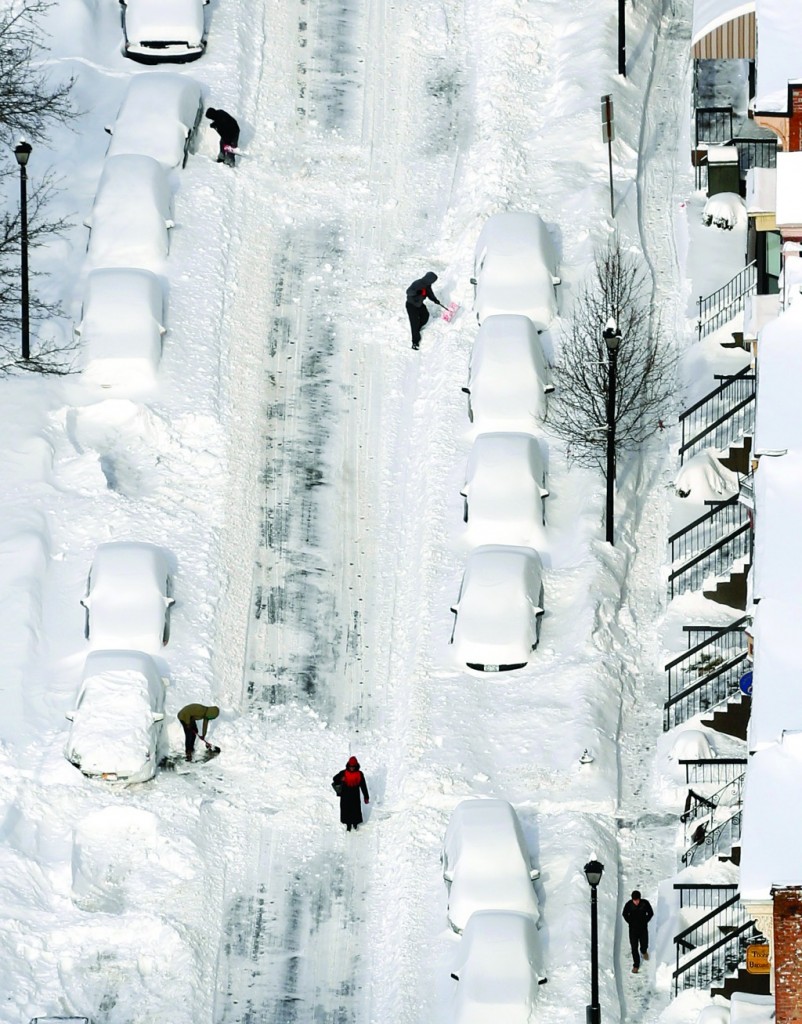 Even as the New York City area digs out from the seventh storm of the year Sunday, residents are in line for another shot of winter weather Monday night, followed by 50-degree temperatures later in the week.

The Big Apple may get about 1 to 2 inches of snow early Tuesday morning, followed by a warming up the next day, predicted the National Weather Service. That follows the 3 inches that fell Saturday, making it the third snowiest February and the eighth snowiest winter on record in the city, according to NBC News.

Central Park has now gotten 55.6 inches of snow this winter and 27.3 just this month. The average snowfall for an entire winter is 27 inches. The record is 75 inches of snow that fell during the 1995-96 winter season.

Parts of upstate got two feet of snow, closing schools Friday from Syracuse to the Hudson Valley or delaying the start of classes. The
storm that began Thursday morning gained intensity early Friday morning, leaving highways snow-covered and side streets in the Albany area clogged with snow. A hotel van making an early morning run to the Albany airport only went a few hundred feet before getting stuck at an intersection.

Some upstate school districts had already used up their allotment of snow days even before the latest blast of winter weather. And New Jersey transportation officials say they’re working to replenish road salt after using up their average supply for the season.

Department of Transportation Spokesman Joe Dee says they have enough salt for one or two more storms, but don’t want to keep dipping into already tight supplies.

Dee says a shipment of 40,000 tons of salt from a supplier is in a port in Maine, where it’s been delayed by a federal maritime law that prevents foreign vessels from moving cargo between U.S. ports. So far, the state has used more than 370,000 tons of salt as of Feb. 11, compared with 258,000 tons for all of last winter.

Saturday’s storm caused dozens of roof collapses across New Jersey, and officials were advising home and property owners to remove snow from their roofs. No major injuries have been reported in any of the collapses.