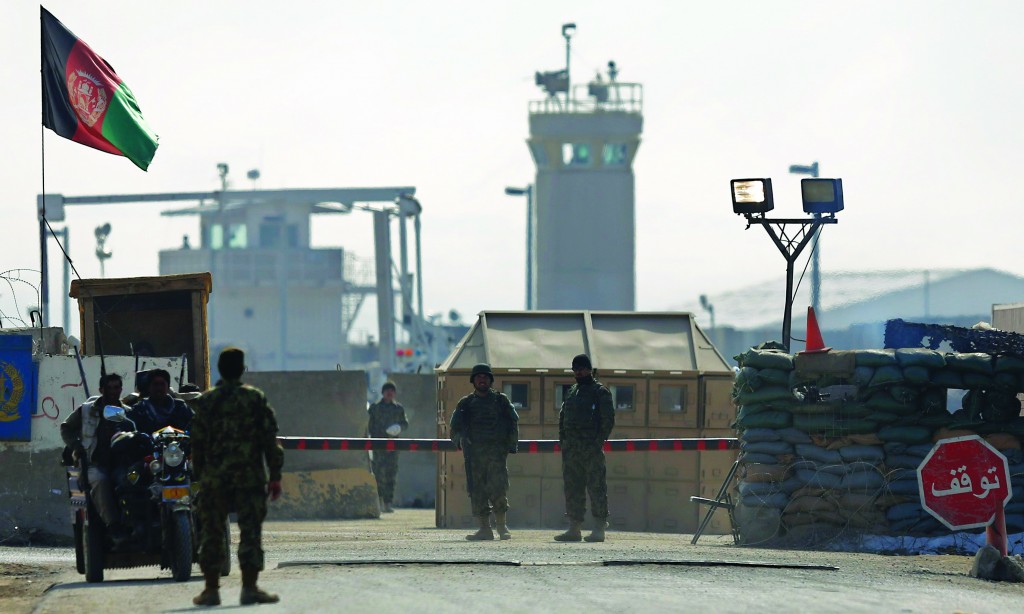 Disregarding heated American protests, Afghanistan released 65 accused terrorists from a former U.S. prison on Thursday, despite warnings that the men are dangerous Taliban fighters and bomb-makers likely to return to killing foreign forces and Afghans.

The freeing of the men from the Parwan Detention Center further strains relations between Washington and President Hamid Karzai. The Afghan leader’s increasingly anti-American rhetoric and refusal to sign a long-negotiated bilateral security deal has heightened uncertainty ahead of the year-end withdrawal of most international forces.

Outrage over Karzai’s decision also mirrors the mistrust and resentment that has developed between the ostensible allies in recent years. The souring of sentiment has often played out in a tug-of-war over control of the detention facility near the American military’s Bagram Air Field, about 28 miles north of Kabul.

Karzai reacted sharply to the strong U.S. and NATO criticism over the releases, saying it was not up to foreign powers to determine Afghan justice.

“Afghanistan is a sovereign country. If Afghanistan judiciary authorities decide to release prisoners, it is of no concern to the United States,” Karzai said at the end of a summit with Pakistani and Turkish leaders in the Turkish capital, Ankara.

Thursday’s move could be a gesture by Karzai to try to woo the Taliban insurgents into joining peace talks with his government before he leaves office later this year, since he is unable to serve a third term.

“This decision, which appears to have been made based on political calculations and without regard for due process before the Afghan courts, is a major step backward for the rule of law in Afghanistan and poses serious security concerns,” Rasmussen said in a statement.

For the U.S., the release of the men the American military calls “dangerous insurgents who have Afghan blood on their hands” is another sign of Karzai’s erratic behavior and the weakness of Afghanistan’s justice system.

A military spokesman said many of the 65 were captured after Afghan authorities took over the prison last March, and dossiers of evidence had been handed over to try them in Afghan courts.

For Karzai, the very existence of a U.S.-run prison on Afghan soil — where hundreds of other prisoners were held without charge as enemy combatants starting in 2002 — had long been a symbol of American arrogance and disregard for his elected government.

Karzai, who ordered the 65 detainees released several weeks ago, insisted Thursday that the decision was made by the Afghan judiciary after a thorough review.

The men were freed just after 9 a.m. and boarded a bus to leave the facility, laughing and smiling, according to prison spokesman Maj. Nimatullah Khaki.

Among those believed to have walked free is Mohammad Wali, who the U.S. military says is a suspected Taliban explosives expert who allegedly planted roadside bombs targeting Afghan and international forces.

Also believed released is Nek Mohammad — who the U.S. says was captured with extensive weapons — and a man identified as Ehsanullah, who is claimed to have been biometrically matched to a roadside bomb.