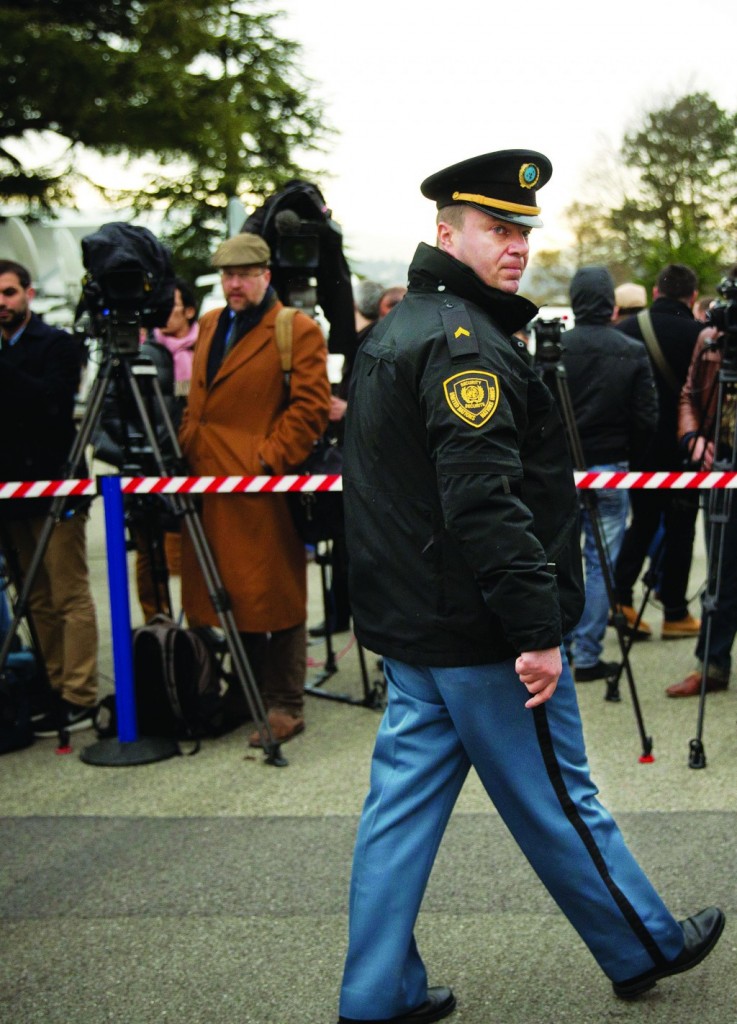 A second round of Syria peace talks got off to a shaky start on Monday, with the two sides complaining about violations of a local ceasefire and an Islamist offensive respectively in separate meetings with the international mediator.

Ahead of the talks, mediator Lakhdar Brahimi told delegates to commit first to discussing both ending the fighting and setting up a transitional government.

The government side said combating “terrorism” — its catchall term for the revolt — should be agreed first. In a further bad sign, Brahimi cancelled a planned news conference.

During the first round of talks in nearly three years of civil war last month, Brahimi had tried to break down mistrust by focusing on agreeing a truce for a single city, Homs.

A three-day pause only began on Friday, and aid workers were fired upon as they evacuated civilians on Saturday.

The Syrian Red Crescent said 450 more people had been evacuated on Monday, taking the total to leave the city after more than a year under government siege to around 1,100, and the U.N. said the truce would be extended through Wednesday.

The U.N. World Food Program underlined how far there was to go. “The old city of Homs is just one of 40 besieged communities in Syria. Altogether a quarter of a million people have been cut off from humanitarian aid for months,” it said.

Attempts to draw up a draft Security Council resolution to increase access for humanitarian aid in Syria suffered a setback in New York when Russia and China failed to attend negotiations, in a rebuff to the United States, Britain and France.

A letter from Brahimi given to the delegates over the weekend said the new round aimed to tackle the issues of stopping violence, setting up a transitional governing body, and plans for national institutions and reconciliation.

It included a plea: “Will the two sides … contribute even at a minimum, toward lessening the manifestations of violence, stopping the use of certain weapons and reaching ceasefires in some areas, even for a short period?”

The opposition says a transitional governing body must exclude President Bashar al-Assad. The government says it will not discuss his leaving power.

A deep split in the international community over the conflict has entrenched those positions. In a clear bid to overcome that, the U.N. said Brahimi would meet U.S. and Russian officials on Friday.

Activists and rebels said an al-Qaida splinter group had withdrawn its forces from Syria’s oil-rich eastern province of Deir al-Zor after days of heavy fighting with its rivals.

Islamist opposition groups joined forces with some secular rebel units to fight the Islamic State of Iraq and the Levant (ISIL), with whom they have territorial disputes and ideological differences.

ISIL, which has attracted many foreign Islamist terrorists into its ranks, is a small but powerful fighting force in Syria’s opposition areas. It has alienated many civilians and opposition activists, however, by imposing harsh rulings against dissent in areas it controls, such as beheadings.

The civil war which grew from a crackdown on protests against Assad has killed more than 100,000 people, forced millions from their homes, and destabilized neighboring countries.