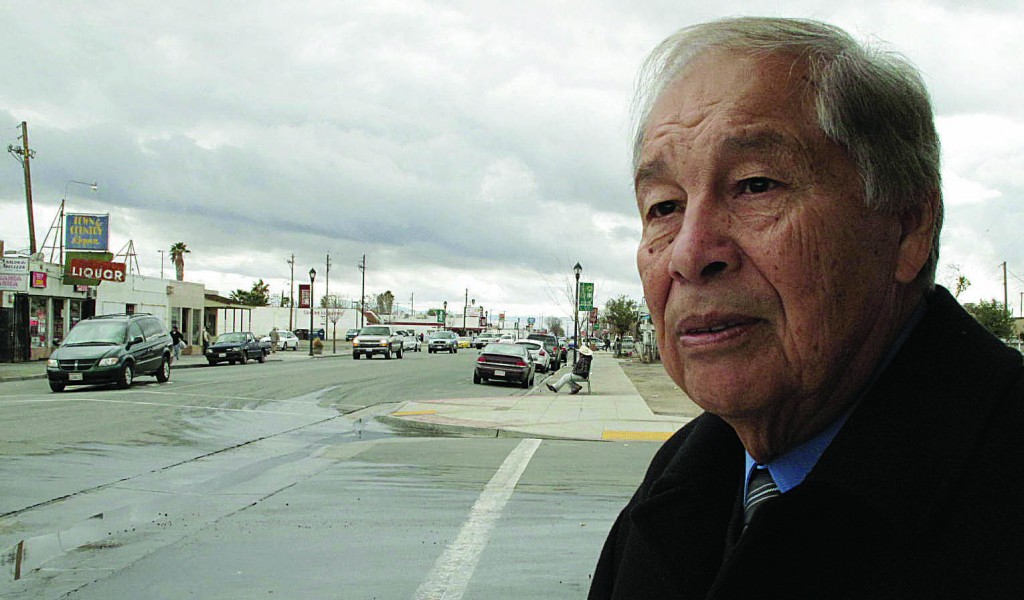 Amid California’s driest year on record, the nation’s leading agricultural region is locked in drought and bracing for unemployment to soar, sending farm workers to food lines in a place famous for its abundance.

One-third of the Central Valley’s jobs are related to farming. Strains on water supplies are expected to force farmers to leave fields unplanted, creating a ripple effect on food processing plant workers, truck drivers and those who sell fertilizer, irrigation equipment and tractors.

No place may be harder hit than Mendota, a small farm town where unemployment rose above 40 percent at the height of the economic recession in 2009, also a dry year. Mayor Robert Silva said he fears this year could be even worse.

Residents of Mendota late last year began seeing tough times on the horizon when little rain fell in the valley and snow didn’t blanket the High Sierra. This marks the third consecutive dry year for California, and Gov. Jerry Brown has declared a drought emergency.

This past week, the snow pack’s water content was measured at 12 percent of normal. State officials announced that they would not be sending water to California’s agricultural customers. U.S. officials are expected in late February to announce they will allot only a fraction of the federally controlled water that farmers want, if any.

The ripple effect of drought extends to the trucking companies that haul crops, tire companies that outfit the big rigs and fuel suppliers who provide diesel, he said. Employees at John Deere world headquarters in Moline, Ill., will feel repercussions from drought in California, the biggest agricultural producer, he said. So will the businesses that make cardboard boxes to hold cantaloupes and the wooden pallets for stacking the boxes, Malanca said. The list goes on.

“When you make a hay bale, you’ve got to tie that bale with string,” he said. “The supplier who made that string, he’s going to be out of work, too.”

A 2012 study by the Agricultural Issues Center at the University of California, Davis, found that farming and food processing industries created nearly 38 percent of all Central Valley jobs. Every 100 farm and processing jobs create work for another 92 people, said the report, which measured agriculture’s impact on the state’s economy.

Rick Palermo of Community Food Bank in Fresno recently drove to Mendota, Firebaugh and other rural communities in the Central Valley, scouting places to hand out food. He’s been on the phone with state officials gearing up for the high unemployment expected from drought-related job losses. In 2009, the last bad year, his food bank, located in a massive warehouse in an industrial area of Fresno, provided families with 10 million pounds of food.