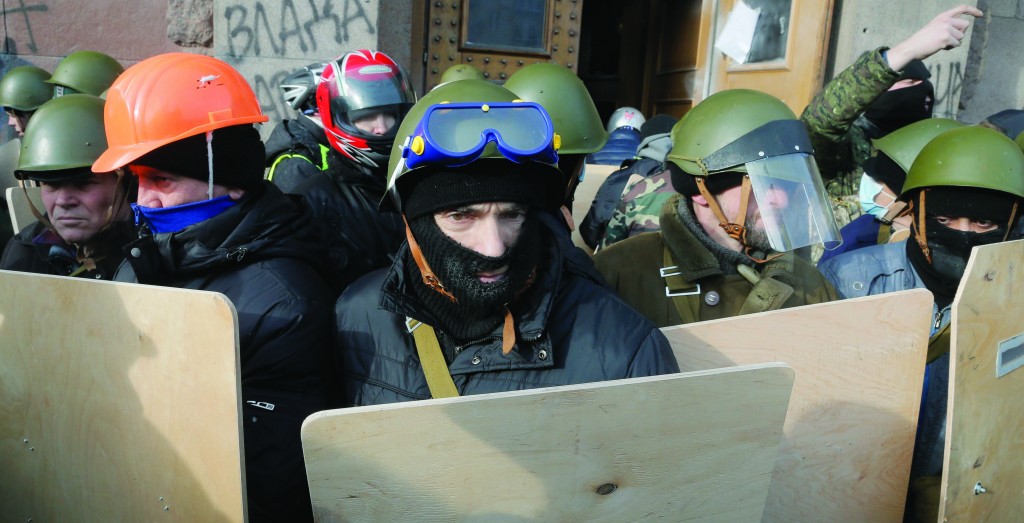 President Vladimir Putin raised the pressure on Ukraine on Wednesday, saying Russia would wait until it forms a new government before fully implementing a $15 billion bailout deal that Kiev urgently needs.

Putin repeated a promise to honor the lifeline agreement with Ukraine in full, but left open the timing of the next aid installment as Kiev struggles to calm more than two months of turmoil since President Viktor Yanukovych walked away from a treaty with the European Union.

A day after Prime Minister Mykola Azarov resigned on Tuesday, hoping to appease the opposition and street protesters, Russia tightened border checks on imports from Ukraine in what looked like a reminder to Yanukovych not to install a government that tilts policy back towards the West.

Putin had less of a sense of urgency. “I would ask the (Russian) government to fulfill all our financial agreements in full,” he said, repeating a promise made on Tuesday after the government resigned in Kiev.

However, he signaled that the latest installment was on hold in remarks he made during a meeting with senior government officials, extracts of which were broadcast later on Russian media.

“Let’s wait for the formation of a Ukrainian government,” he said, before telling the meeting: “But I ask you, even in the current situation, not to lose contact with our (Ukrainian) colleagues,” adding that discussions should continue before a new government is formed.

Alarm about Ukraine is growing in the West. German Chancellor Angela Merkel telephoned Putin and Yanukovych on Wednesday, urging a constructive dialogue between the government and opposition in Kiev. “The situation must not be allowed to spiral again into violence,” a German government spokesman quoted her as saying.

NATO Secretary General Anders Fogh Rasmussen was more forthright, blaming Russia for Kiev’s failure to sign the EU deals. “An association pact with Ukraine would have been a major boost to Euro-Atlantic security, I truly regret that it could not be done,” he told the French newspaper le Figaro. “The reason is well-known: pressure that Russia exerts on Kiev.

Lawmakers loyal to Yanukovych offered an amnesty to people detained in anti-government protests — but only if activists first vacate occupied public buildings in Kiev and elsewhere, a condition they have previously rejected.