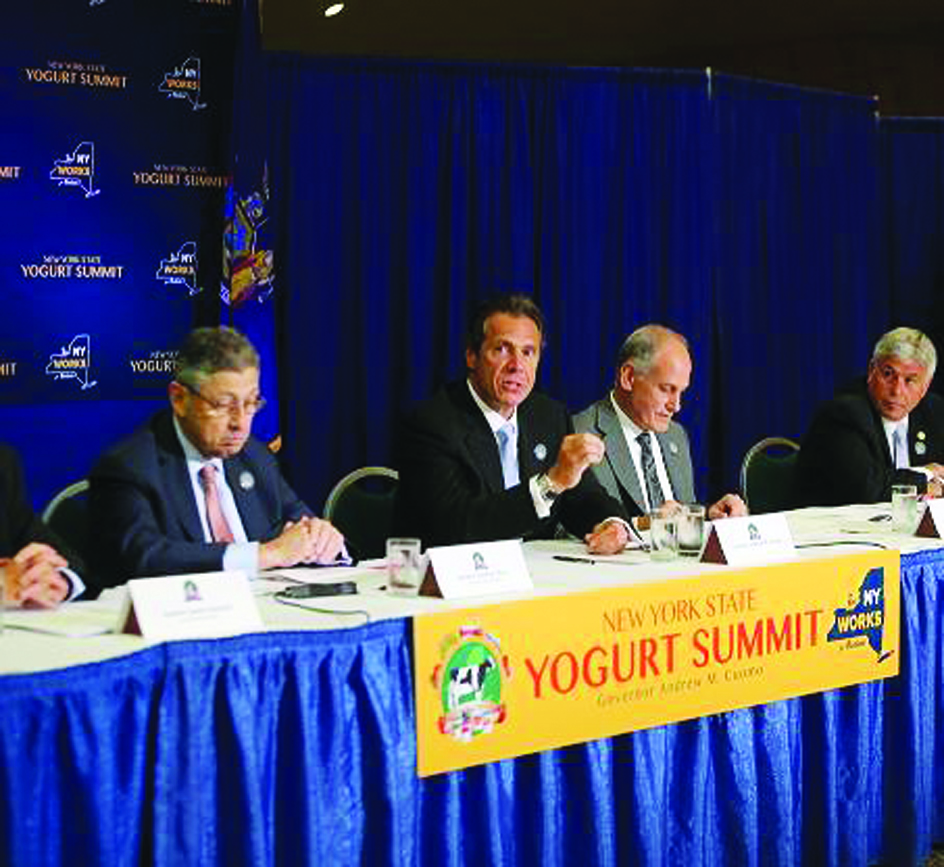 New York has reclaimed its position as the third-ranked dairy producer in the country, having bypassed Idaho sometime in 2013, Gov. Andrew Cuomo announced Wednesday.

Citing new data from the Department of Agriculture, Cuomo said that this is the first time New York has ranked third nationally since losing its long held spot in 2009.

This growth is due to increased demand for milk, thanks in large part to the state’s booming yogurt industry and coupled with higher milk production per cow. New York is also the number one producer of cream cheese and cottage cheese in the country.

The dairy industry is New York’s leading agricultural sector, accounting for more than one-half of the state’s total agricultural receipts. Cuomo has made the dairy industry a priority, holding a “yogurt summit” in 2012, and setting up booths for dairy products made in the state across the Thruway and at national events that are hosted by New York.