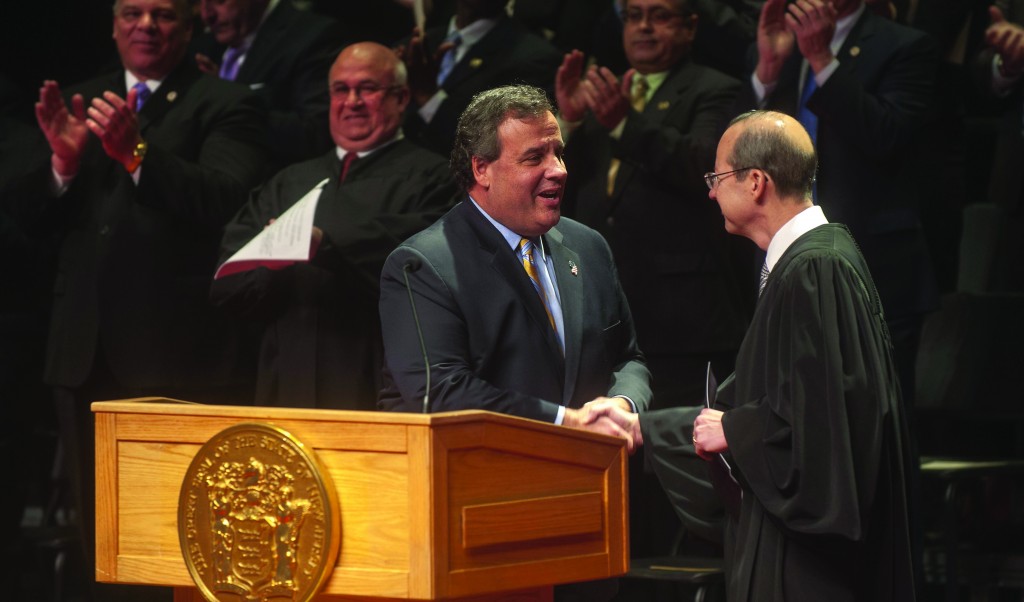 The Democratic mayor of a town severely flooded by Superstorm Sandy said Sunday that she was told an ultimatum tying recovery funds to her support for a prime real estate project came directly from Republican Gov. Chris Christie, a claim a Christie spokesman called “categorically false.”

Hoboken Mayor Dawn Zimmer told CNN that the message pushing a Rockefeller Group commercial development was delivered by Christie’s lieutenant governor, Kim Guadagno, when the two were at an event in Hoboken in May.

“The lieutenant governor pulled me aside and said, essentially, ‘You’ve got to move forward with the Rockefeller project. This project is really important to the governor.’ And she said that she had been with him on Friday night and that this was a direct message from the governor,” Zimmer said.

On Saturday, Zimmer said Guadagno and a top community development official separately told her that recovery funds would flow to her city if she expedited the project.

Hoboken, a low-lying city of 50,000 across from Manhattan, was nearly swallowed by the Hudson River during Sandy, with three electrical substations and most of its firehouses flooded, businesses and homes submerged, the train station inundated with water, and people trapped in high-rises.

Zimmer said she didn’t reveal the conversation until now because she feared no one would believe her. But, with Hoboken having received just $342,000 out of $1.8 billion in Sandy recovery aid in the first funding round, she said, she is speaking out in hopes her city won’t be shut out in a second funding wave, when the state is due to disperse $1.4 billion.

Democratic Assemblyman John Wisniewski, who is leading the state investigation, told NBC his committee would look into Zimmer’s allegation as well.

“I think we have to give the allegations serious thought,” he said, “because this is a pattern we’ve heard time and time again throughout New Jersey.”

Former New York Mayor Rudy Giuliani told NBC on Sunday that Wisniewski is part of a “partisan witch hunt” and should step down.