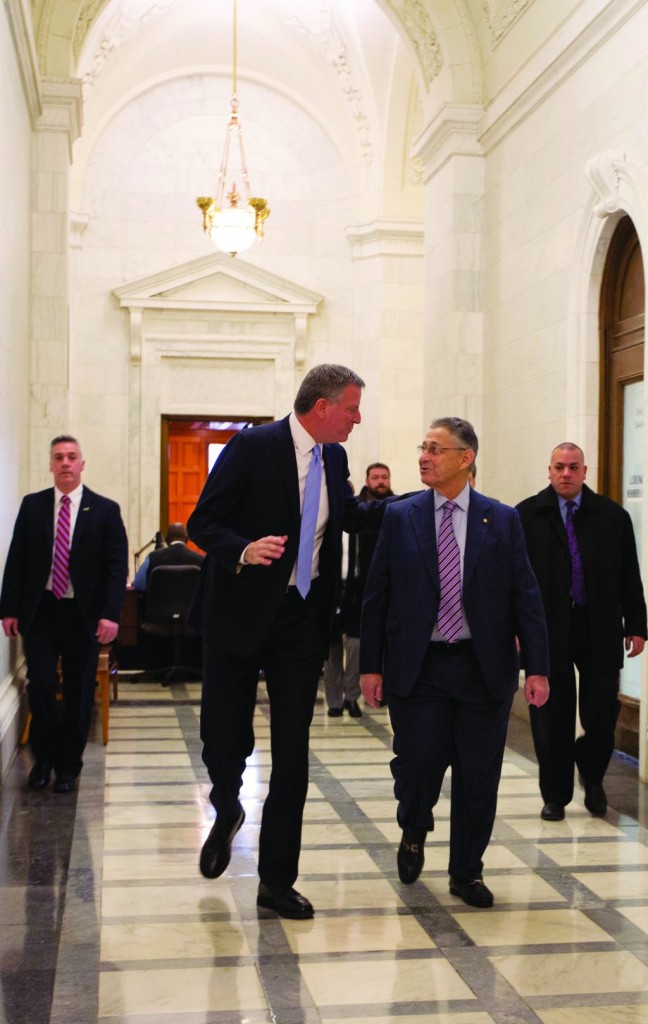 The two Democrats endorsed those priorities after meeting for an hour Wednesday ahead of Gov. Andrew Cuomo’s State of the State address. During his speech, the governor said “it is time to fulfill the state’s goal” of providing access for all children to all-day pre-kindergarten, but he didn’t mention how to pay for it.

The nursery school plan for all students in the city, plus after-school programs for all middle schools, would cost $530 million a year for five years, de Blasio said.

“It has to be reliable. A tax on people who make a half-million or more is a fair and reliable and we want to get it done,” the mayor said. “We’re simply asking for the right to raise our own revenue.”

Silver said they agree on many things, including the city’s ability to fund its own education system by taxing, as every other school district can through property taxes without coming to Albany for authorization. “New York City has come and asked us to give them the authorization for a personal income tax. … We should give the mayor what he asks for.”

In his speech, Cuomo said, “It is time for New York to have universal full-day pre-kindergarten statewide.” However, he did not propose any specific funding mechanism.

After the speech, de Blasio said the governor has a progressive agenda with many proposals that would improve the lives of his city’s people. He also cited Cuomo’s “fantastic statement of principle” for universal pre-K.

“I’m suggesting that what we have done already, proposing a way to get it done in New York City, is complementary to the governor’s goal,” he said. “We have a way to get it done with our own resources. We’d obviously like the support of the leaders here in Albany to make sure we can do that.”