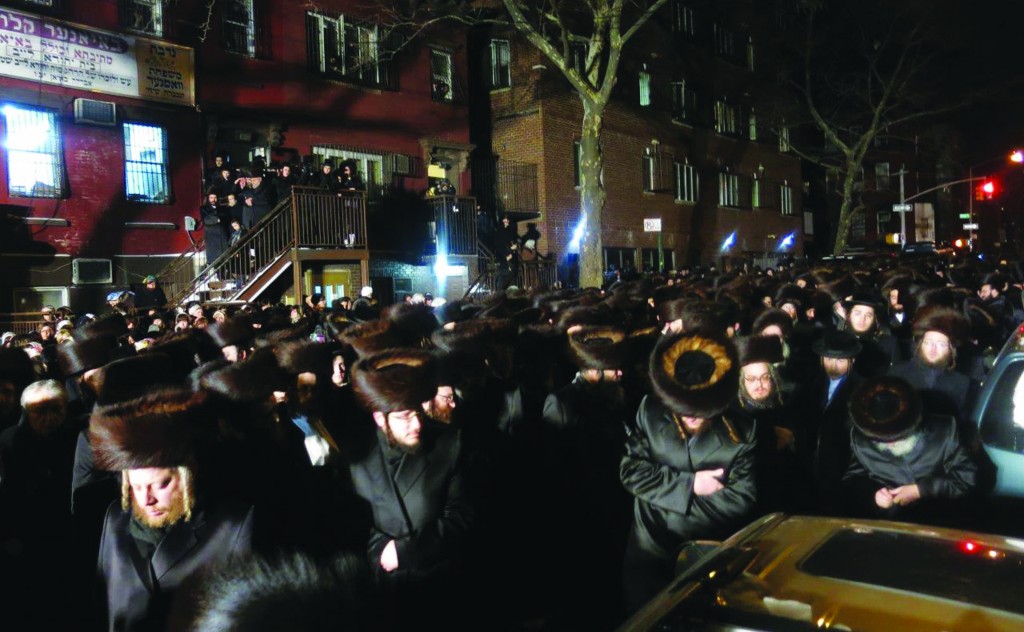 Thoughts and memories in the wake of the tragic murder of Menachem Stark, Hy”d, from a conversation with one of the maspidim at Menachem’s levayah, Harav Yosef Dovid Schneebalg, Dayan, Chernovitzer Kehillah.

Having the Right Priorities

Harav Schneebalg said: “The Torah recounts the conversation that the bnei Gad and the bnei Reuven had with Moshe Rabbeinu, stipulating that they would take their nachalah — homestead — on the eastern bank of the Yarden River. When they expressed their wish to Moshe, they said, ‘We will build corrals here for our cattle, and cities for our little ones.’ But when Moshe Rabbeinu answered them, he said, ‘Build cities for your little ones, and corrals for your sheep.’ The sefarim hakedoshim say that inversion of the order is significant. Moshe was telling the bnei Gad and the bnei Reuven that they had corrupt priorities. By planning the building of corrals first, they revealed that they put business before family. Moshe Rabbeinu was setting them straight. A Jew builds for his little ones first; a Jew must always put family before his parnassah considerations.”

The Dayan emphasized that “Menachem Stark was a very successful real estate magnate. Yet he always maintained a value system in which his family and their chinuch were his paramount concerns. He never put career or business before family.” He was big in business, but, more significantly, he was bigger than his business.

As an old friend of the family of Mrs. Stark, tichyeh, Harav Schneebalg is very familiar with the family’s routine. “Once Menachem got home, starting from around 7:30–8 p.m. nightly, he belonged to his family with every fiber of his being. He would not see anyone else.

“No matter how late his various concerns may have kept him up the previous evening, he got up every morning at 5:15 a.m. to learn for an hour with his 14-year-old son, a mesivta bachur, and walk him to mesivta. It was vital to him that his son should start the day with the sense of worth and encouragement that comes from knowing that ‘your tatte is with you.’ Despite his substantial material success, he was always very concerned that his children be successful in their ruchniyus.”

Nothing More Precious Than Mitzvos

“He tried to inculcate a deep sense of chavivus hamitzvos within his children. In particular, tremendous attention was given to neiros mitzvah. When preparing for every Shabbos, Menachem set up a wide array of wicks and oils so that the Shabbos neiros would burn brightly, clearly and beautifully. Before Chanukah, he would twist the wicks himself and train his children in the techniques of wick-making. He emphasized to them how important it was that the neiros burn b’tachlis hahiddur.”

Harav Schneebalg shared his hispaalus about how “when one entered the Stark home on Erev Shabbos, any Erev Shabbos, it had the look and feel of the Seder night in most other homes. The way the table was set and the way the dining room sparkled created an ambience that was both serene and regal.

“I visited with the family this past Leil Shabbos, after Menachem had already been kidnapped. One would have expected chaos and anxiety, yet Mrs. Stark had the Shabbos prepared in the usual malchusdige manner. Things looked precisely as they should in an authentic (echte) chassidishe home and Mrs. Stark encouraged the children with her own emunah and bitachon that Menachem was in the Eibershter’s hands.

“One of the remarkable memories that his children related to me was that even on an Erev Shabbos or an Erev Yom Tov, when things could get very stressful, their parents always stayed calm and cheerful. They can’t recall their father ever raising his voice. The family always went into every Shabbos or Yom Tov with tranquility and simchah.”

When he wasn’t working on behalf of his children, he put his efforts into helping other family members. The Dayan related that “one of his brothers mentioned in a hesped that Menachem used to ask him, ‘what can I do for tatty?’ on a daily basis. He consistently helped his siblings in matters of health, parnassah and shidduchim any way that he could.”

But his kindness was not limited to family members. Menachem was a remarkable baal tzedakah, who never sought gratitude or recognition for his contributions. He was especially fond of helping broken individuals whose lives were really rough. Harav Schneebalg said, “I am familiar with many stories of his understated shtillerheit chassadim. Two episodes that come immediately to mind are the time a friend of Menachem’s had to move his desperately ill mother out of town for medical treatment and the health insurance company had said that they would not cover those treatments. You can’t imagine the tzibrochenkeit of the ill woman’s son.

“Somehow, Menachem managed to obtain a $120,000 loan immediately, and he gave all of the money to his friend to cover the travel and medical expenses. This generosity is especially selfless and self-sacrificing when realizing that with those funds available he could have purchased another building. Most real estate businessmen who secure that amount of cash are not thinking, ‘How can I do another Yid a favor with this?’ — but Menachem was unique.

“Recently he also paid to repair and furnish the apartment of a poor couple, the husband being a yasom, and paid for their Kiddush as well.”

What We Should Be Thinking

When asked what a Torah Jew should be thinking about, and how to react to this tragedy, the Dayan noted that “it’s interesting, and certainly no coincidence, that the tragedy transpired on Parashas Bo. The famous Ramban at the end of Bo teaches that the makkos of yetzias Mitzrayim were meant to pierce the veil that conceals Hashem. By laying bare the existence of a Force that superseded teva, that could utterly manipulate teva and that could bend  teva to Its Will, the makkos removed any lingering doubts about Hashem’s existence or His hashgachah pratis. The reason we have so many mitzvos that are zecher l’Yetziyas Mitzrayim is to serve as constant reminders to strengthen our own emunah and bitachon.

“No one was as severely and adversely affected by this tragedy as Menachem’s almanah. Yet she has maintained an upbeat attitude and manifested tremendous emunah that Hashem is good and that whatever He does is for the good. The rest of us should take a page from her book.

“Consider the facts that Menachem’s body was found quickly, enabling him to be brought to kever Yisrael swiftly and to free his almanah from any questions of igun. Within every apparently negative occurrence there is still some overt and obvious good. Both in this tragedy and in every event in our lives, we must train ourselves that all that Hashem does is good and that it is impossible for it to be otherwise. If we do, we will actually begin to discover the good in everything. As the Tanya and the Kedushas Levi taught: ‘Tracht gut … vet zein gut — Think good thoughts and things will be good.’

“Sitting with the family on Monday night, all I heard from the almanah and the yesomim is that if Hashem wanted this to happen … then it must be for the good. It was always a house suffused with warmth, love and affection. It was a real Yiddishe, chassidishe home,” the Dayan concluded.

For Menachem Stark, building a real Yiddishe, chassidishe home was his highest priority. B’ezras Hashem, it will remain as his lasting legacy.