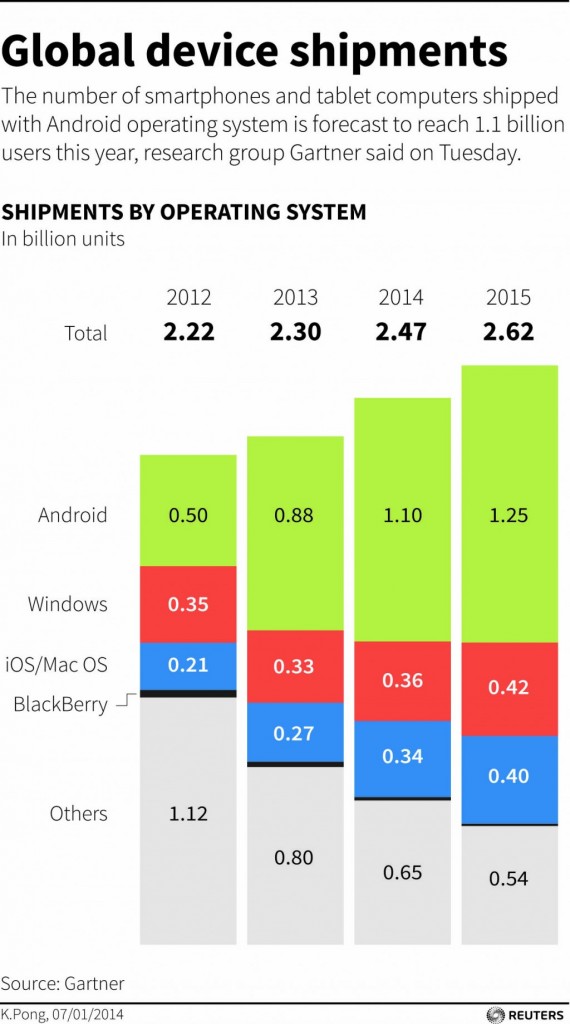 The growth comes amid a steady decline in PC shipments, which is more than made up for by an increase in tablet and mobile phone shipments. Shipments of “ultramobile” devices such as laptop-tablet hybrids are also rising.

Gartner said Tuesday that it expects the global market for tablets to grow to 263.5 million units this year, up 47 percent from the 179.5 million shipped last year. Lower prices are among the factors expected to attract new users.

Gartner expects these trends to continue in 2015.