General A Weak Start to 2014 Continues for Stock Market 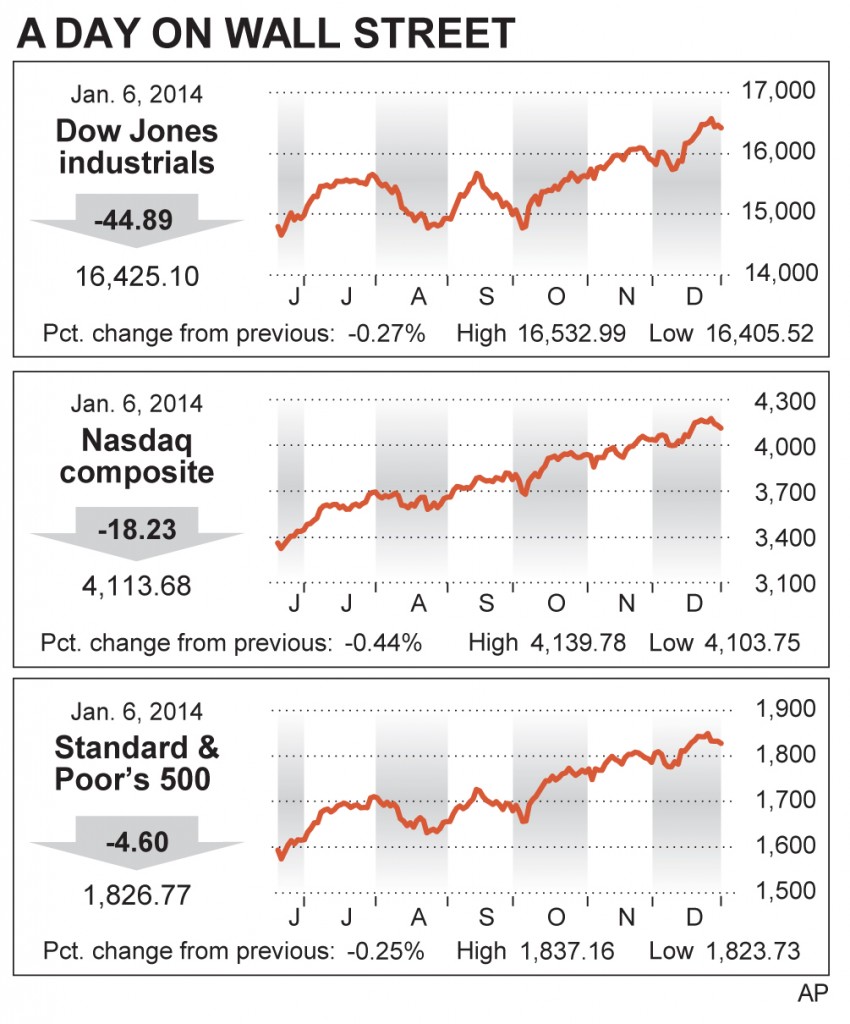 The Standard & Poor’s 500 index notched its worst start to a year in almost a decade Monday, closing lower for the third straight trading day.

Although the declines for stocks in 2014 have been modest, the direction has been consistently down. The Standard & Poor’s 500 index has fallen 1.2 percent from its most recent record close on Dec. 31.

The performance is a contrast to last year, when the S&P 500 surged almost 30 percent, its best annual gain since 1997. The banner year ended with the stock market climbing to record levels amid signs that the economy was strengthening.

“The market is basically looking for additional confirmation of economic strength and maybe marking time as it catches its breath from a pretty strong run at year-end,” said Jim Russell, a regional investment director at US Bank.

The weak start to the year is not a good omen for stock investors. The last time the S&P 500 dropped on the opening three trading days of the year in 2005, the index climbed just 3 percent for the whole year.

Despite the slow start, many analysts say it’s too early to call a change in the market’s upward trend.

Reports on the economy Monday contained some hopeful signs. 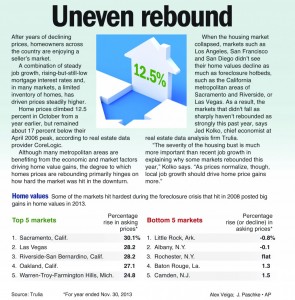 U.S. service companies grew at a steady but slightly slower pace in December. Sales dipped and new orders dropped to a four-year low, according to a report from the Institute for Supply Management. The report suggests that growth may remain modest in the coming months.

The most closely watched economic report of the week will come on Friday when the Labor Department is scheduled to release its jobs survey for December. That’s going to influence the Fed’s decisions on how fast to reduce its bond purchases in the coming months.

Company earnings reports also start coming out this week, providing another catalyst that may lift the market. Alcoa, a former Dow stock, will be one of the first major companies to report its fourth quarter earnings after the close of trading on Thursday.

“This downturn is persisting a little bit more than I would expect,” said Jack Ablin, chief investment officer at BMO Private Bank. “Between the jobs report Friday and earnings results next week, we will have a much better idea of the drivers of the market.”