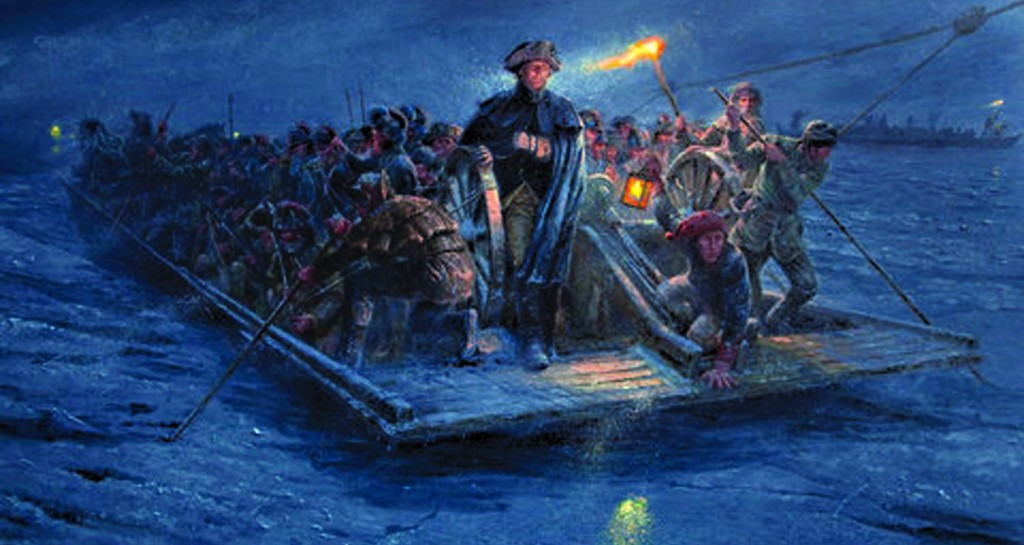 George Washington has once again made his annual Dec. 25 ride across the Delaware River.

The 61st annual re-enactment of Washington’s daring 1776 crossing of the river — the trek that turned the tide of the Revolutionary War — was staged Wednesday afternoon on the Pennsylvania and New Jersey border.

The river crossing went off without a hitch, a welcome change from recent years when poor weather conditions and high water levels had prevented the crossings from taking place. On those occasions, the re-enactors instead walked across a bridge.

Hundreds braved the harsh weather conditions on Wednesday to watch the three boats make the crossing from Pennsylvania to New Jersey and hear Washington’s stand-in deliver stirring words to the troops. John Godzieba, the president of the Friends of Washington Crossing Park’s board of directors, thanked the crowd for their interest and support.

“Thanks for staying out here and waiting for us to cross,” said Godzieba, who played the role of Washington. “I know it’s cold, but I appreciate your patience.”

At the conclusion of the event, Godzieba and his troops marched back to Pennsylvania, making the trip on foot across the bridge.

During the crossing 234 years ago, boats ferried 2,400 soldiers, 200 horses and 18 cannons across the river, and the troops marched 8 miles downriver before battling Hessian mercenaries in the streets of Trenton. Thirty Hessians were killed, and two Continental soldiers froze to death on the march, but none died in battle.