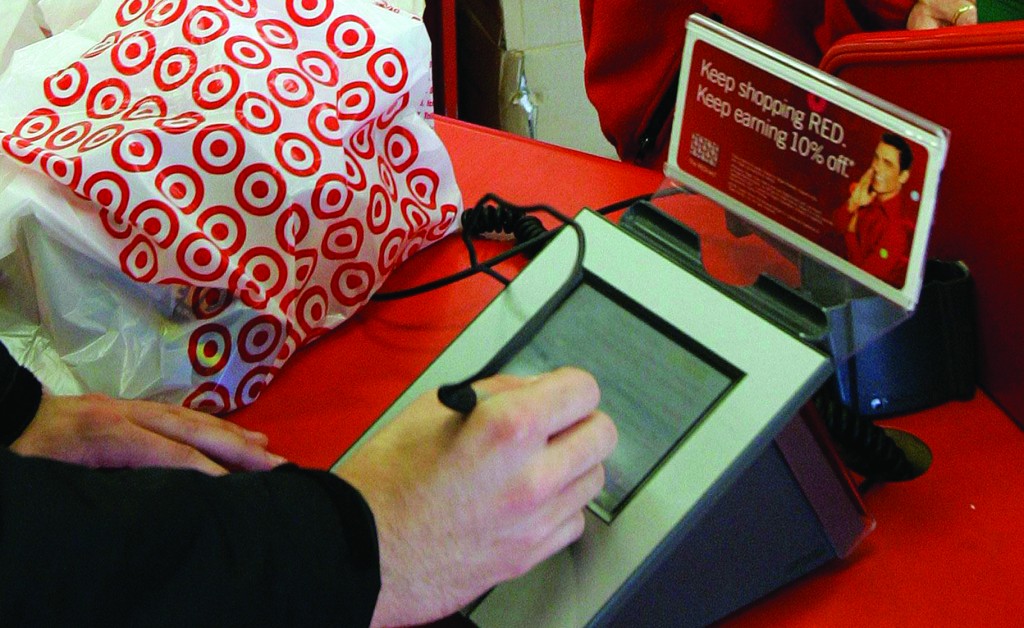 The U.S. is the juiciest target for hackers hunting credit card information. And experts say incidents like the recent data theft at Target’s stores will get worse before they get better.

That’s in part because U.S. credit and debit cards rely on an easy-to-copy magnetic strip on the back of the card, which stores account information using the same technology as cassette tapes.

“We are using 20th century cards against 21st century hackers,” says Mallory Duncan, general counsel at the National Retail Federation. “The thieves have moved on but the cards have not.”

In most countries outside the U.S., people carry cards that use digital chips to hold account information. The chip generates a unique code every time it’s used. That makes the cards more difficult for criminals to replicate. So difficult that they generally don’t bother.

“The U.S. is the top victim location for card counterfeit attacks like this,” says Jason Oxman, chief executive of the Electronic Transactions Association.

The breach that exposed the credit card and debit card information of as many as 40 million Target customers who swiped their cards between Nov. 27 and Dec. 15 is still under investigation. It’s unclear how the breach occurred and what data, exactly, criminals have. Although security experts say no security system is fail-safe, there are several measures stores, banks and credit card companies can take to protect against these attacks.

Companies haven’t further enhanced security because it can be expensive. And while global credit and debit card fraud hit a record $11.27 billion last year, those costs accounted for just 5.2 cents of every $100 in transactions, according to the Nilson Report, which tracks global payments.

Another problem: retailers, banks and credit card companies each want someone else to foot most of the bill. Card companies want stores to pay to better protect their internal systems. Stores want card companies to issue more sophisticated cards. Banks want to preserve the profits they get from older processing systems.

Card payment systems work much the way they have for decades. The magnetic strip on the back of a credit or debit card contains the cardholder’s name, account number, the card’s expiration date and a security code different from the three or four-digit security code printed on the back of most cards.

During that time the customer’s information flows through the network and is recorded, sometimes only briefly, on computers within the system controlled by payment processing companies. Retailers can store card numbers and expiration dates, but they are prohibited from storing more sensitive data such as the security code printed on the backs of cards or other personal identification numbers.

Hackers have been known to snag account information as it passes through the network or pilfer it from databases where it’s stored. Target says there is no indication that security codes on the back of customer credit cards were stolen. That would make it hard to use stolen account information to buy from most internet retail sites. But the security code on the back of a card is not needed for in-person purchases. And because the magnetic strips on cards in the U.S. are so easy to make, thieves can simply reproduce them and issue fraudulent cards that look and feel like the real thing.

“That’s where the real value to the fraudsters is,” says Chris Bucolo, senior manager of security consulting at ControlScan, which helps merchants comply with card processing security standards.

Once thieves capture the card information, they check the type of account, balances and credit limits, and sell replicas on the internet. A simple card with a low balance and limited customer information can go for $3. A no-limit “black” card can go for $1,000, according to Al Pascual, a senior analyst at Javelin Strategy and Research, a security risk and fraud consulting firm.

Credit card companies in the U.S. have a plan to replace magnetic strips with digital chips by the fall of 2015. But retailers worry the card companies won’t go far enough. They want cards to have a chip, but they also want each transaction to require a personal identification number, or PIN, instead of a signature.

“Everyone knows that the signature is a useless authentication device,” Duncan says.