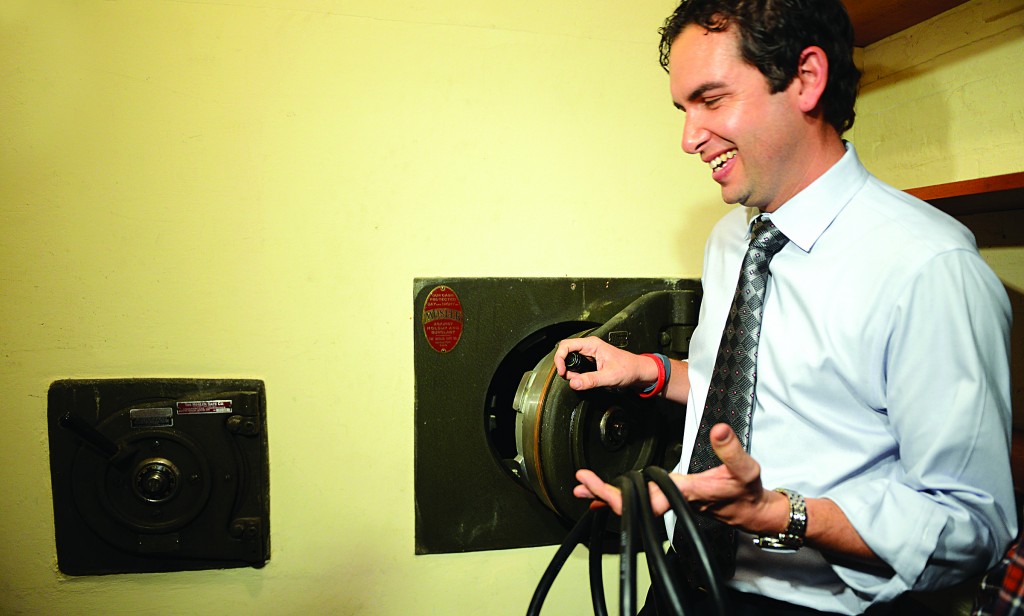 No one paid any attention to them — or wondered what was in them — until the city’s new mayor, Steven Fulop, decided to hire a locksmith to open them.

Theories abounded. Was it a stash of money? Old documents? Something sinister that legendary Mayor Frank “Boss” Hague stashed away decades ago?

The mystery was solved Tuesday and it was a bit of a letdown. Inside the larger one was nothing but musty air, and the smaller safe contained one power cord.

“If I put something in there, I wouldn’t put an extension cord,” Fulop said.

A locksmith estimated the safes were installed sometime between the late 1930s and early 1950s, and Fulop said he thought it would be fun to put the mystery to rest. He contacted surviving former mayors, but no one knew what was in the safe, mainly because no one had ever asked.

“People would say they assumed there was money because of the nature of corruption here” in the ’40s, he said.

The city spent $500 to hire a Long Island locksmith, one of the few people who knew how to open such old safes. Elaad Israeli said it took him about 25 minutes to open one and an hour to unlock the other.