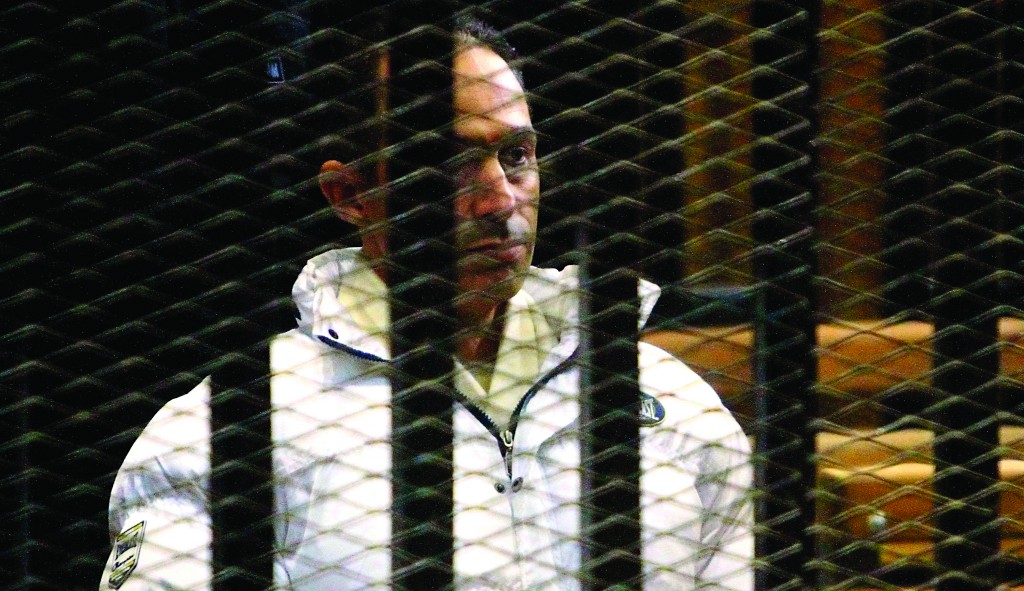 Egypt’s military-backed authorities on Thursday stepped up their crackdown on the liberal icons of the 2011 uprising against Hosni Mubarak, with security forces storming the headquarters of a rights group and arresting six activists, including a prominent youth organizer.

Hours after the early morning raid in downtown Cairo, a criminal court in the Egyptian capital acquitted Hosni Mubarak’s two sons and his last prime minister of corruption charges in a case arising from a land sale dating back some 20 years ago. The sons remain in detention and still face other corruption charges.

Five of the six activists were released after nearly seven hours in detention. One of the five, lawyer Mahmoud Bilal, described in a news conference how plainclothes policemen blindfolded, beat and verbally abused them after binding their hands.

Already in detention are three of the 2011 uprising’s best known youth leaders — Alaa Abdel-Fattah, Ahmed Douma and Ahmed Maher — who are accused of breaking a recently introduced law that places draconian conditions on street protests and of assaulting police.

The raid and the acquittal of Mubarak’s sons and Ahmed Shafiq will likely lend credibility to growing suspicions that the government installed by the powerful military after its July ouster of Islamist President Mohammed Morsi is prepared to accommodate Mubarak-era figures to broaden its support base as it grapples with near-daily street protests from Morsi supporters and growing dissent by liberal and secular youth groups.

The need for support is all the more pressing because of a worsening economy, growing criticism of the government’s human rights record and next month’s nationwide referendum on a draft constitution penned by a 50-member panel appointed by Interim President Adly Mansour.

The Jan. 14-15 vote on the draft will be the first real test of the post-Morsi regime, which is hoping for a comfortable “yes” majority to enshrine its legitimacy. Morsi’s Muslim Brotherhood says it will boycott the vote and is calling on its followers to take to the streets during the two-day referendum.

The Cairo criminal court found Gamal and Alaa Mubarak and Ahmed Shafiq innocent of corruption in a case that arose from the 1995 sale of a plot of land to Mubarak’s sons by an association led at the time by the former prime minister.

Prosecutors claim the land was sold to the two at below market value and were given a larger plot than what was stated in the contract. Also acquitted were four retired generals who served as board members of the association.

Alaa, a wealthy businessman, and Gamal, his father’s one-time heir apparent, are facing a separate trial on other corruption charges. They have been held since April 2011 — two months after their father stepped down in the face of the popular uprising.