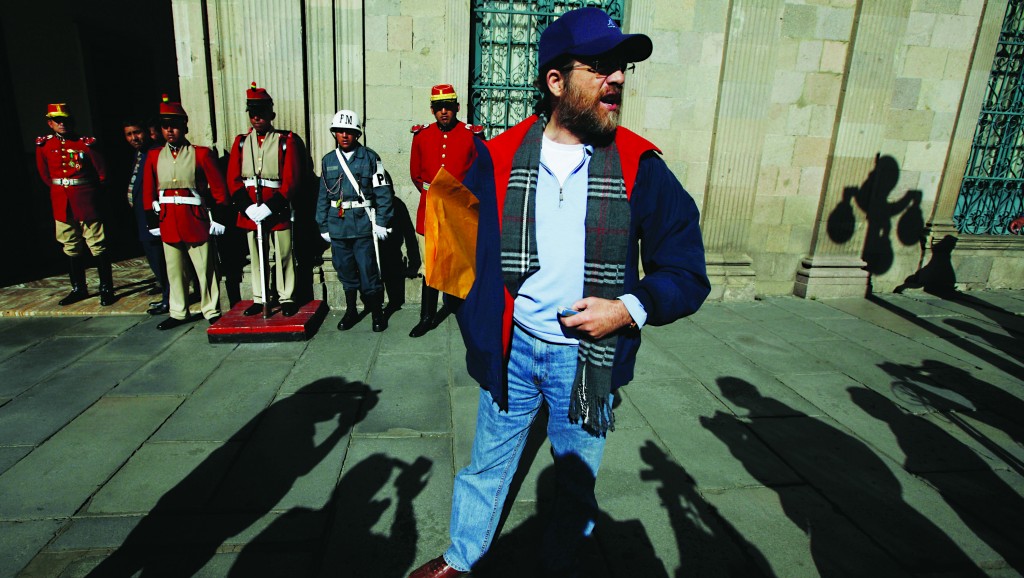 It’s a smoke- and-mirrors saga, complete with a celebrity, murky reports of a kidnapping and an American fugitive sneaking across the border of a nation unfriendly to the U.S.

Little is being revealed about Jacob Ostreicher’s flight from house arrest in Bolivia and into the care of activist Sean Penn.

The New York businessman arrived in the U.S. on Monday after an ordeal that began more than two years ago when he was jailed as part of a money-laundering probe into a rice-growing venture. His Orthodox Jewish family, associates in Bolivia and the  State Department are all expressing a mixture of relief and surprise, and not much else.

No one is saying how the 54-year-old fled, or who helped him.

“You’ll never find out,” Peter Hakim, president emeritus of the Inter-American Dialogue in Washington, said Tuesday. If theU.S. was involved, “it was done through layers and layers of cover,” he said.

Penn, who last year traveled to La Paz and directly appealed to President Evo Morales to free Ostreicher, said a “humanitarian operation” was mounted to extract Ostreicher “from the corrupt prosecution and imprisonment he was suffering.” But he gave no details on how it was done.

The State Department was equally circumspect, while family members said they were being kept in the dark and hadn’t spoken with Ostreicher. Bolivia’s government was talking, its officials expressing outrage and warning they could seek his extradition.

Analysts said the chances of bringing back Ostreicher were slim. Noting he won media attention by denouncing from jail an extortion ring that reached into high levels of government, some speculated his flight might have even enjoyed the government’s quiet consent. Bolivia made no inquiries about the escape, the State Department said.

Family members and lawyers say they had no idea he was plotting to escape and abandon his fight to recover the $50 million in machinery and rice he claimed corrupt officials stole from him.

“He’s a fighter,” said Aron Ostreicher, Jacob’s brother. “He kept on saying: ‘Aron, you know me. I’m going for dignity. I want justice and I’m going to get it.’”