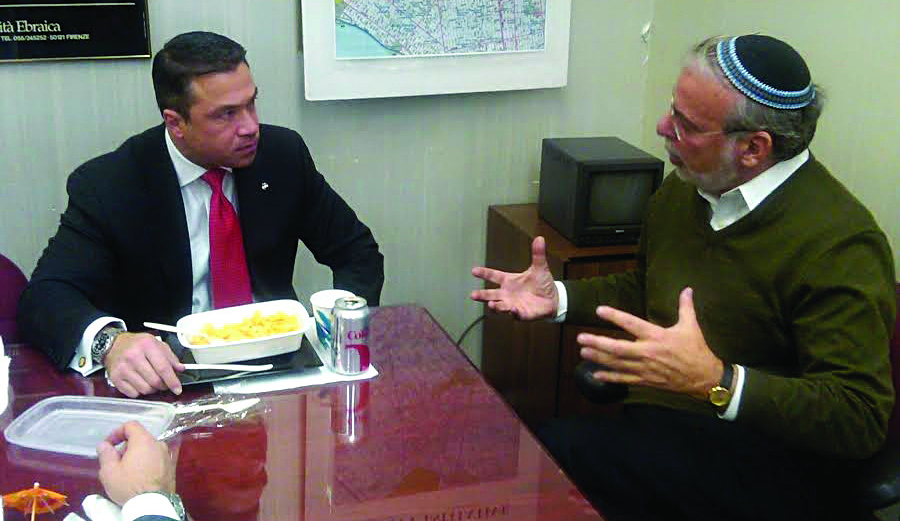 Adding his voice to efforts to deport all Nazi war criminals living illegally in the United States, Rep. Michael Grimm (R-N.Y.) joined Assemblyman Dov Hikind (D-Brooklyn) in calling on Germany to accept all former Nazis. He also plans to enlist hundreds of other congressmen to achieve this goal.

“The rights and freedoms we enjoy in America should not extend to those who commit genocide,” said Grimm, a member of the board of the United States Holocaust Memorial Museum in Washington, DC. “Nazi war criminals who are living in this country illegally should not be here and we will not rest easy while they are.”

Hikind said that the Nazis are only in the U.S. because of a “technicality.”

“We can’t deport them because there’s no country that wants them,” adding, “A technicality can’t impede justice.”

The Justice Department’s list of Nazi war criminals who have been ordered deported by the U.S. but who have not left the country includes Vladas Zajanckauskas in Sutton, Mass.; Theodor Szehinskyj in West Chester, Pa.; John Kalymon in Troy, Mich.; and Jakiw Palij in Queens, N.Y.