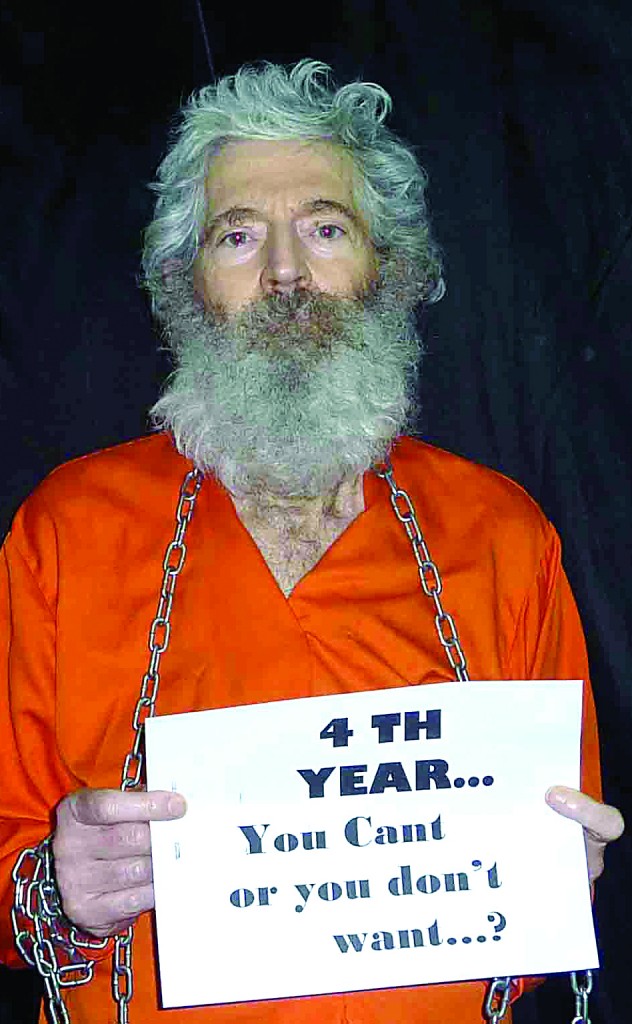 Sen. John McCain said Sunday that the CIA has not been forthcoming with the Congress on details about an American who disappeared while on a secret intelligence mission to Iran.

Iran’s foreign minister asserted that Robert Levinson is “not incarcerated by the government and I believe the government runs, pretty much, good control of the country.”

An Associated Press investigation published last week found that Levinson was working for the CIA — investigating the Iranian government. The U.S. has publicly described Levinson as a private citizen who traveled to an Iranian island on private business.

McCain, R-Ariz., told CNN, “The CIA did not tell the truth to the American Congress about Mr. Levinson.”

McCain said he is confident the U.S. is doing all it can to learn what has happened to Levinson. But he said he is disturbed the Obama administration has not been more forthcoming with information.

He said he doesn’t “think there’s any doubt” about whether Iran knows Levinson’s fate. But Foreign Minister Javad Zarif, asked on CBS where Levinson is, replied, “I have no idea.”

“If we can trace him and find him, we will certainly discuss” returning him to the United States, he added, though he made clear that “we have no traces of him in Iran.”

Secretary of State John Kerry dismissed a suggestion by Levinson’s family that the U.S. government was not doing enough to find out what happened to Levinson.

“There hasn’t been progress in the sense that we don’t have him back. But to suggest that we have abandoned him or anybody has abandoned him is simply incorrect … and not helpful,” he said.

U.S. officials have raised the Levinson case with Iran repeatedly over the years. But until the AP investigation was published, it was not known that Levinson was hoping to gather information in his role as an independent contract investigator who expected to be compensated by a group of analysts at the CIA.

After he vanished, the CIA at first told lawmakers he had previously done contract work for the agency, but he had no current relationship with the agency and there was no connection to Iran. But, in October 2007, Levinson’s lawyer discovered emails in which Levinson told a CIA friend that he was working to develop a source with access to the Iranian government.