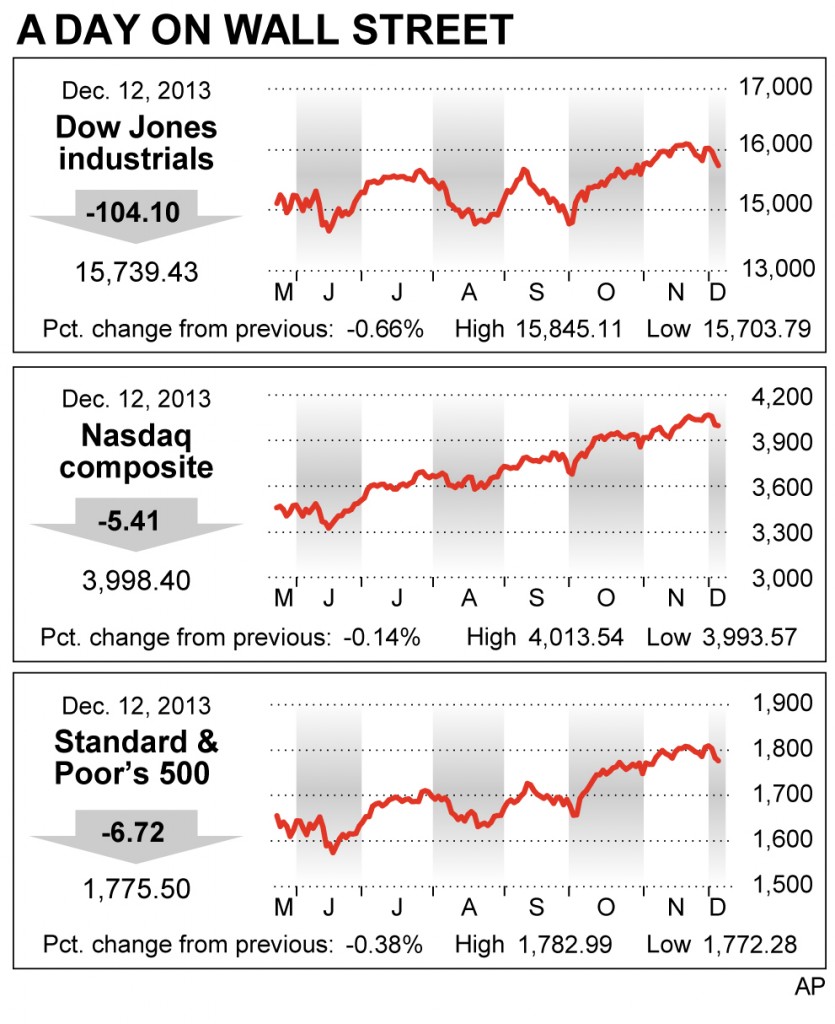 The stock market fell to its lowest level in a month Thursday as investors worried that the end may be nearing for the Federal Reserve’s support for the economy.

The Fed’s stimulus efforts have been a key factor in the bull market that has pushed the Standard & Poor’s 500 index almost 25 higher percent this year. Investors know it will end sooner or later. But the timing, and the fallout, are uncertain.

Until this month, stocks had risen for eight weeks straight. The S&P 500 set a record high as recently as Monday. But stocks posted their biggest declines since Nov. 7 on Wednesday, and dropped further on Thursday. Now they’re on the verge of their second weekly loss in a row.

The Dow is still up 20 percent this year, and the Nasdaq has risen 32 percent.

“We don’t think we’re in a bubble, however we do know we’re in an expensive market,” said Marty Leclerc, chief investment officer and portfolio manager at Barrack Yard Advisors.

Leclerc said stocks have risen faster than earnings over the past couple of years, so it “wouldn’t be unusual to have a step backwards even in the confines of a bull market run.” 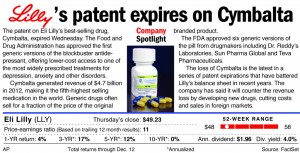 In economic news, the number of people seeking unemployment benefits rose to about where it was before the Great Recession.

That’s the kind of economic data that has been interpreted to mean that the U.S. economy is strong enough for the Fed reduce, or “taper,” as it’s called on Wall Street, its stimulus program.

“We get this taper mania, where every piece of economic data gets examined very closely,” said Ryan Detrick, senior technical strategist with Schaeffer’s Investment Research.

Detrick doesn’t think that will happen as soon as this month. “I don’t think the data’s been strong enough for that,” he said.

Lululemon Athletica plunged $7.96, or almost 12 percent, to $60.39 after the upscale clothing maker said sales will be flat in the next quarter and revenue for the year will be less than it had predicted. Several gaffes have hurt sales of its $100 pants and other products. In the spring Lululemon pulled some of its pants from stores after complaints that they became see-through. Two days ago, founder Chip Wilson stepped aside as chairman, and the company named a new CEO.

Hilton Worldwide, the world’s largest hotel company, jumped $1.50, or 7.5 percent, to $21.50 on its first day of trading. The company raised $2.35 billion in its initial public offering, more than the $2.1 billion generated by Twitter’s IPO last month.

Networking company Ciena fell $1.59, or 7 percent, to $21.31 after quarterly earnings and its first-quarter outlook came in lower than expected.

Six of the 10 industry groups in the S&P 500 declined. The biggest losses were in consumer staples, technology, and health care stocks.

The yield on the 10-year Treasury note rose to almost 2.88 percent, from 2.85 percent on Wednesday.