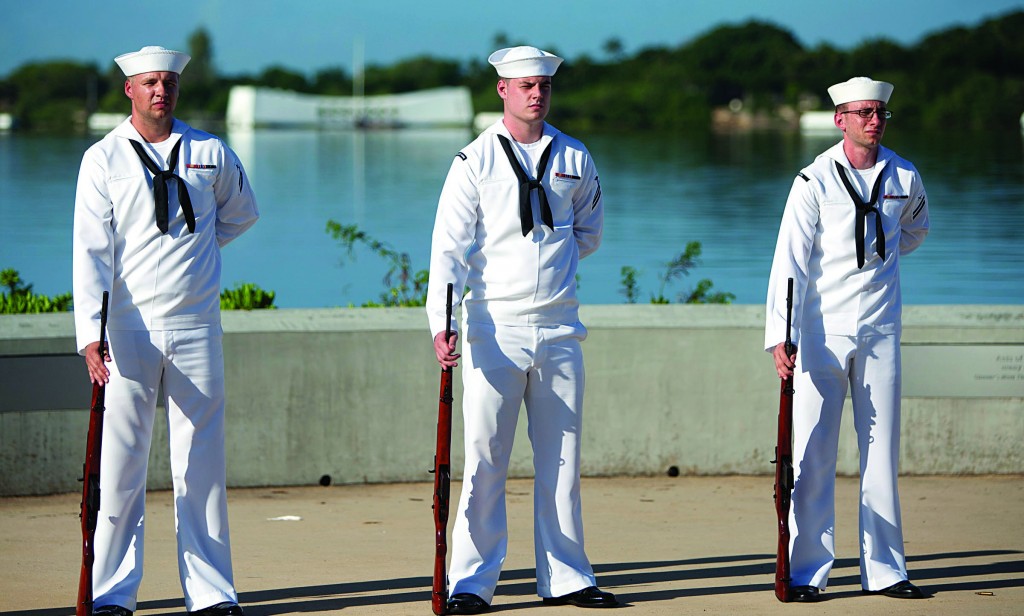 For the first time since the war, Alvis Taylor returned to Pearl Harbor and recalled the surprise Japanese air attack that plunged America into World War II.

He was serving as an Army medic when the Dec. 7, 1941, attack began. His superiors, who were doctors, rushed to hospitals to care for the wounded. He went to Pearl Harbor, about 18 miles south of his Army post at Schofield Barracks, with dozens of ambulances.

“I remember everything that happened that day,” the 90-year-old Davenport, Iowa, resident said.

Taylor decided to return to Pearl Harbor for the first time since the war because the local chapter of Vietnam Veterans of America paid for him and his wife to make the trip.

He was among about 50 survivors of the attack and some 2,500 others who gathered Saturday on the 72nd anniversary of the Japanese air raid.

They honored those who were killed, those who fired back, those who rescued the burned, and those who went on to serve during the war. Roughly 2,400 sailors, Marines and soldiers were killed at Pearl Harbor and other military installations on the island of Oahu in the attack.

Of the tens of thousands of servicemen who survived, about 2,000 to 2,500 are still living.

Delton Walling, who was assigned to the USS Pennsylvania at the time of the attack, said they’re “in the twilight years.”

“I come back to be with my comrades — meet the ones who are still alive, and we’re going fast,” said Walling, who is 92 and lives near Sacramento, Calif.

The crowd observed a moment of silence at 7:55 a.m., the minute the bombing began 72 years ago. Participants sat in a grassy spot overlooking the memorial to the USS Arizona battleship that sank in the attack.

A vintage World War II-era airplane — a 1944 North American SNJ-5B — flew overhead to break the silence. The Hawaii Air National Guard has used its fighter jets and helicopters to perform the flyover for many years, but federal budget cuts prevented it from participating this year.

The Navy and National Park Service co-hosted the ceremony, which was open to the public.

“The United States is and will remain a Pacific power. But we also remember the warning from those who survived Pearl Harbor, and we are increasing our vigilance accordingly,” Harris said. “Today, we are focused as we listen for the sound of the alarms.”