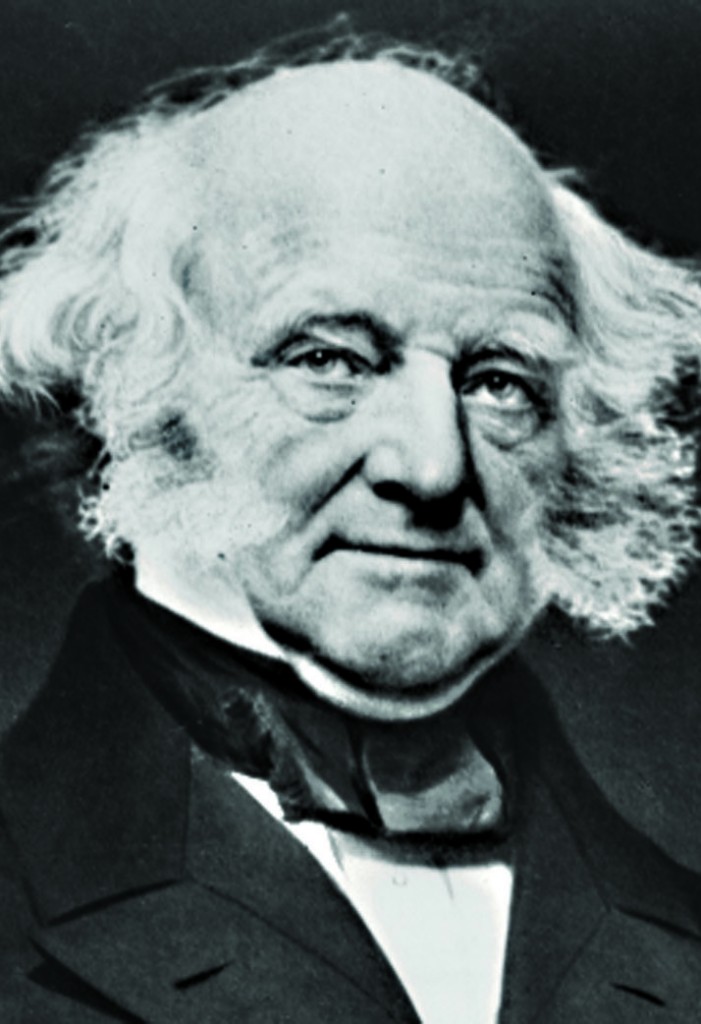 Members of the New York National Guard paid tribute Thursday to President Martin Van Buren on his 231st birthday with a wreath-laying ceremony at his Hudson Valley gravesite.

The birthplace of Van Buren, the first president born under the United States flag, on Dec. 5, 1782, was in his family’s tavern in Kinderhook, 20 miles south of Albany. Van Buren served in the White House from 1837 to 1841. He died in July 1862 and is buried in Kinderhook Cemetery.

The U.S. military honors the nation’s former presidents by laying wreaths at their gravesites on the anniversary of their birth.

An oft-forgotten president, Van Buren was the successor to the wildly populist policies of President Andrew Jackson, under whom he served as vice president for eight years. But voters turned Van Buren out of office after a single term, mostly because the bills to pay for Jackson’s programs caused the depression of 1837.

He is the only president not to have spoken English as his first language, having grown up speaking Dutch, and was the first president from New York. He was known for his mutton chops and odd waking hours, sometimes not rising before 1:00 p.m.

Van Buren was defeated for reelection by William Henry Harrison, whose most memorable action was succumbing to pneumonia a month after his inauguration. Van Buren sought the Democratic nomination for president in 1844, but lost to James K. Polk. In 1848 he was the unsuccessful presidential candidate of the Free-Soil Party, a group opposing an extension of slavery. That defeat marked the end of his political career.

Van Buren’s most lasting contribution to American culture was his signature. Known as Old Kinderhook because of his hometown, during his run for office OK clubs were organized to support him. He began initialing papers with the letters OK to indicate he approved. The two letters became another way to say something was good.