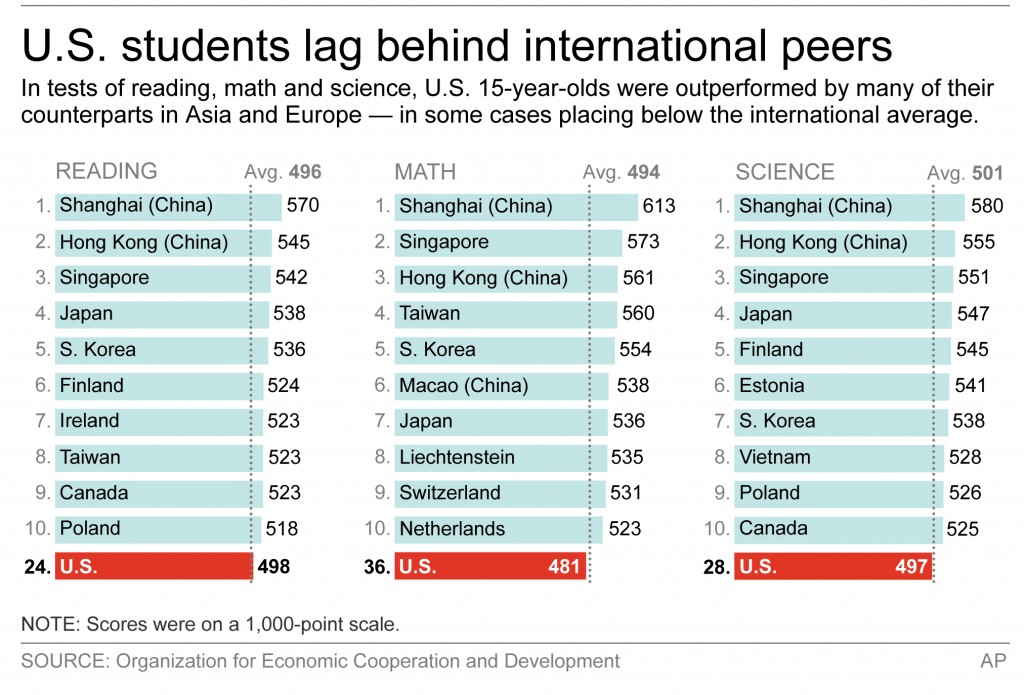 Fifteen-year-old students in the U.S. lag behind many countries around the world when it comes to reading, science and math, according to test results released Tuesday.

The scores, which place the U.S. in the middle of the global pack, showed little change from American students who have taken the test over the past decade.

At the top of the rankings are Asian countries including South Korean, Japan and Singapore. The Chinese city of Shanghai scored the highest average scores in each subject matter.

The Organization for Economic Cooperation and Development administered the exams to 15-year-old students in more than 60 nations and school systems under PISA, the Program for International Student Assessment. About 6,000 students in the U.S. took the test.

The test scores are viewed by some policymakers and analysts as an indicator of future economic competitiveness in the world and also an indication that spending in education could be more wisely invested.

The U.S. — which shells out about $115,000 per student — is ranked fifth in spending behind Austria, Luxembourg, Norway and Switzerland, the results show. However, it scores roughly the same as the Slovak Republic, which spends about $53,000 per student.

He told The Associated Press that the U.S. must “invest in early education, raise academic standards, make college affordable and do more to recruit and retain top-notch educators.”