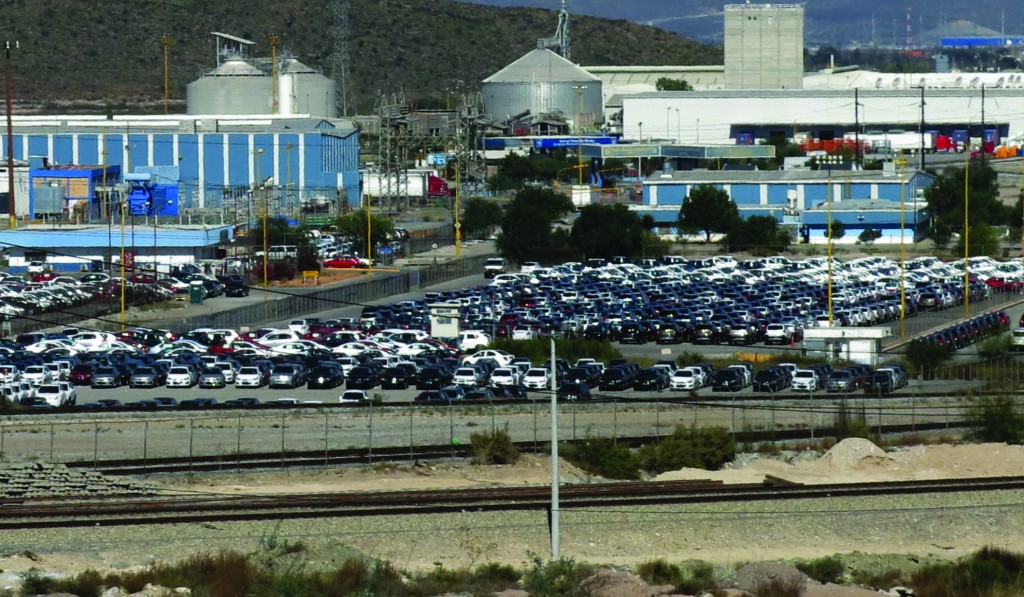 In Mexico’s booming auto industry, the cars rolling off assembly lines may look identical, but how safe they are depends on where they’re headed.

Vehicles destined to stay in Mexico or go south to the rest of Latin America carry a code signifying there’s no need for antilock braking systems, electronic stability control, or more than two air bags, if any, in its basic models.

If the cars will be exported to the United States or Europe, however, they must meet stringent safety laws, including as many as six to 10 air bags, and stability controls that compensate for slippery roads and other road dangers, say engineers who have worked in Mexico-based auto factories.

Because the price of the two versions of the cars is about the same, the dual system buttresses the bottom lines of automakers such as General Motors and Nissan. But it’s being blamed for a surge in auto-related fatalities in Mexico, where laws require virtually no safety protections.

In 2011, nearly 5,000 drivers and passengers in Mexico died in accidents, a 58-percent increase since 2001, according to the country’s transportation department. In the same decade, the U.S. reduced the number of auto-related fatalities by 40 percent. The death rate in Mexico, when comparing fatalities with the size of the car fleet, is more than 3.5 times that of the U.S.

Brazil and Argentina, on the other hand, have passed laws requiring all vehicles to have dual front air bags and antilock braking systems by next year.

Auto plants crank out about 3 million cars a year, lifting auto hubs in the states of Aguascalientes and Puebla into the middle class. In a few years, Mexico has become the world’s fourth-biggest auto exporter, despite having no homegrown brands.

Consumers in “first-world” countries are paying the same or even less for safer cars.

For example, basic versions of Mexico’s second most popular car, the Nissan Versa, made in central Aguascalientes, come with two air bags but without electronic stability control systems, which use sensors to activate brakes when a car loses control.

The sticker price of the sedan comes to $16,000. The U.S. version of the same car has six air bags in the front, on the sides and in the roof, in addition to an electronic stability control system. That sticker price is about $14,000.

Similarly, the basic version of the Chevrolet Aveo, which has been revamped and renamed Sonic, sells for about $14,000 in the U.S. and comes with 10 air bags, antilock brakes and traction control. Its Mexican equivalent, the country’s top-selling car, doesn’t have any of those protections and costs only $400 less.

Nissan Mexicana spokesman Herman Morfin said in a statement it is “common practice” to add different features, depending on the intended market.

Morfin said two of Nissan’s most popular models, the Versa and the Sentra, are packaged with two air bags and an antilock braking system, which is more than what’s required by the Mexican government.

While GM declined repeated requests to comment, an engineer who headed a manufacturing division at the company in Mexico until last year said the company saved on costs by not adding safety features.

“For the company to make more net profit and so that cars are sold at more affordable prices, we would toss aside some accessories. Air bags, ABS brakes, those were the first to go,” the engineer said. He spoke on condition of anonymity.

Three other engineers who worked with Nissan and GM for four years and are still involved in auto design for other carmakers, confirmed the companies built cars with vastly different safety features depending on where they’d be sold.

The U.S. National Highway Traffic Safety Administration said air bags and electronic stability control have prevented tens of thousands of injuries in auto accidents and reduced fatal crashes by as much as a third in the U.S.

Paco de Anda, the director of the Mexican chapter of the accident-prevention group Safe Kids, said Latin American consumers have to pay extra for those protections. “People here have no education about road safety … so they don’t pay for it,” De Anda said.

A GM worker who gets paid $100 a week said people in Latin America cannot afford to buy cars that are fully loaded with safety features.

Yet crash test results show exactly what’s being sacrificed for savings. One of Nissan’s most popular models in Mexico, the Tsuru, is so outdated it has only lap seat belts in the back, and some versions have no air bags. The car is not sold in the U.S. or Europe.

At a recent Latin NCAP crash-test presentation, the Tsuru’s driver’s door ripped off upon impact at only 37 mph. Its roof collapsed and the steering wheel slammed against the crash-test dummy’s chest. The Tsuru scored zero stars out of a possible five.

When asked about the crash test, Nissan representatives replied in an email that “consumers continue to ask for it because of its durability, reliability and affordability,” without responding to the test results. More than 300,000 Tsurus have been sold in Mexico in the past six years, at about $10,000 each.