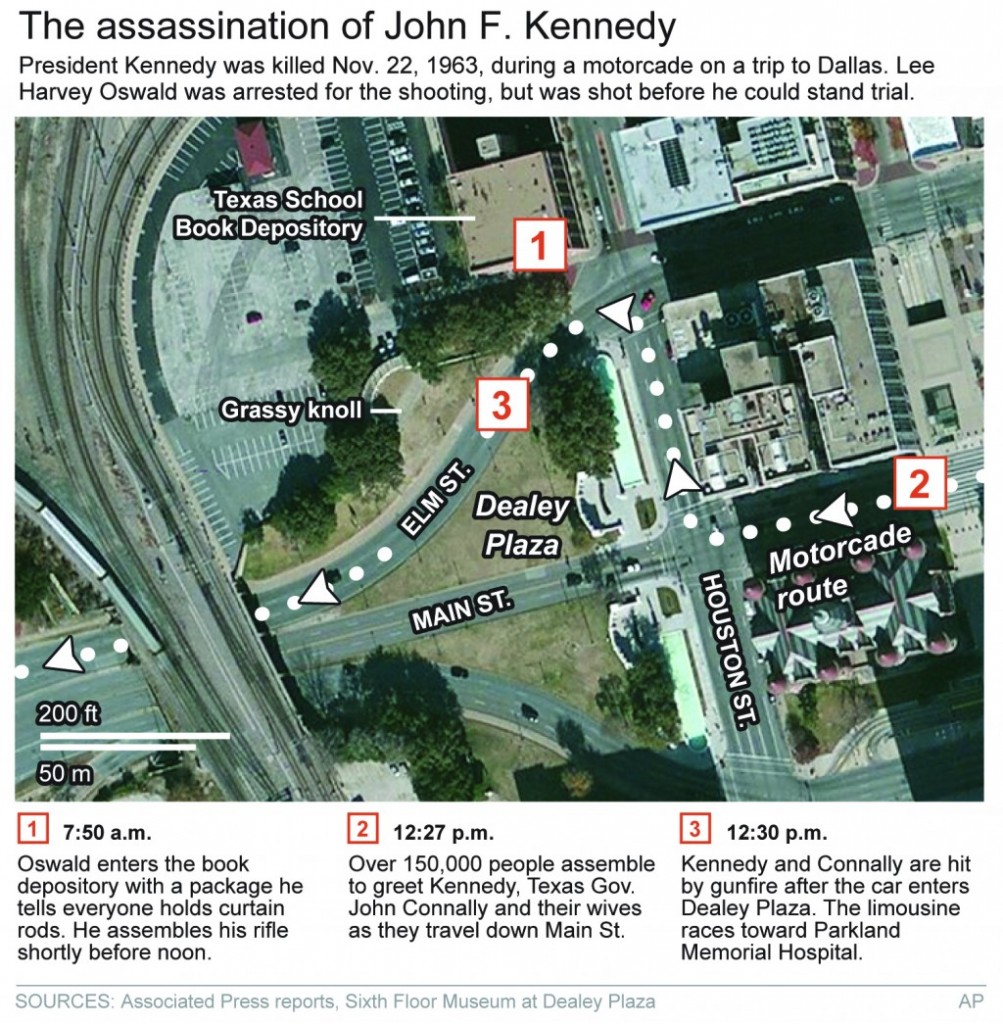 Loose gatherings of the curious and conspiracy-minded at Dallas’ Dealey Plaza have marked past anniversaries of the assassination of President John F. Kennedy, featuring everything from makeshift memorials to marching drummers to discussions about who else might have been in on the killing.

But in the place where the president’s motorcade passed through and shots rang out on Nov. 22, 1963, a solemn ceremony on the 50th anniversary of his death designed to avoid such distractions will include brief remarks by the mayor.

It’s an approach that will be mirrored Friday in Boston, where the JFK Library and Museum will open a small exhibit of never-before-displayed items from Kennedy’s state funeral and host a musical tribute that will be closed to the public, and in Washington, where President Barack Obama will meet privately at the White House with leaders and volunteers from the Kennedy-established Peace Corps program.

“It’s 50 years later and it’s also a moment to look forward to the future,” said Thomas Putnam, executive director of the library, which usually doesn’t observe the anniversary. “We want our tone to be respectful and we want it to have a certain reverence, but we also want it to be hopeful and end on this notion of what JFK stood for.”

About 5,000 tickets were issued for the free ceremony in Dealey Plaza, which is flanked by the Texas School Book Depository building where sniper Lee Harvey Oswald perched on the sixth floor in 1963.