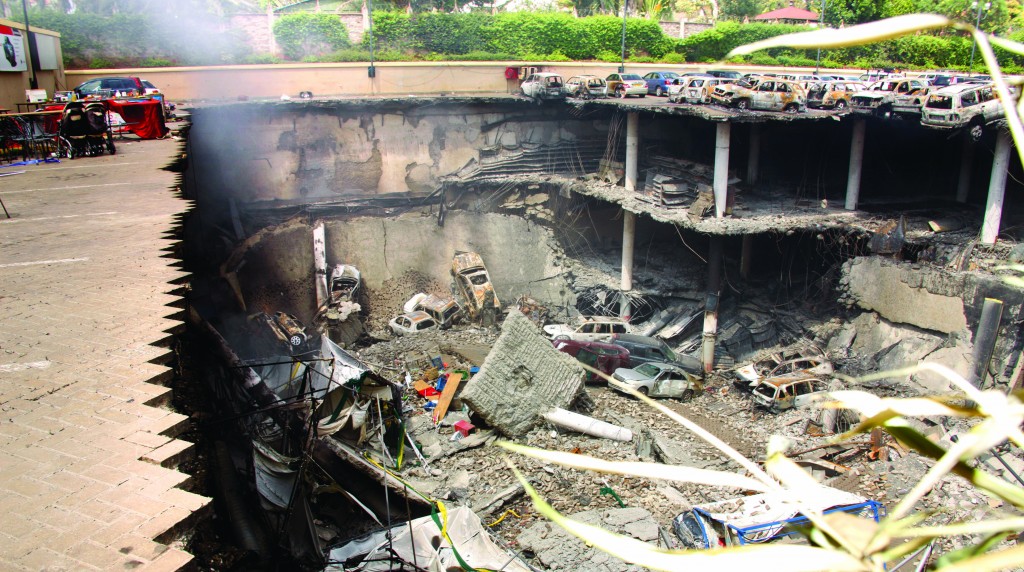 The suspected al-Qaida figure nabbed by U.S. special forces in a dramatic operation in the Libyan capital had been living freely in his homeland after his return there three years ago, his family said. Libya’s government asked for an explanation Sunday from the United States after the Americans seized Abu Anas al-Libi from a Tripoli street outside his home and whisked him out of the country.

The raid that captured al-Libi was one of two dramatic American raids on the ground in African countries targeting suspected terrorists on Saturday. In Somalia, a Navy SEAL team swam ashore early the same day and engaged in a fierce firefight, thought it did not capture its target, a terrorist suspected in the recent Kenyan mall siege.

The operations — one in North Africa, the other in the Horn of Africa — were a startling move to pursue terror suspects directly in two countries mired in chaos where the United States has suffered bloody humiliations in the past.

“We hope that this makes clear that the United States of America will never stop in the effort to hold those accountable who conduct acts of terror,” Secretary of State John Kerry said Sunday while in Indonesia for an economic summit. “Members of al-Qaida and other terrorist organizations literally can run but they can’t hide.”

The Pentagon identified the figure seized in the Libyan capital Saturday as Nazih Abdul-Hamed al-Ruqai, known by his alias Abu Anas al-Libi, who is accused by the U.S. of involvement in the 1998 bombings of two American embassies in Africa. He has been on the FBI’s most wanted terrorists list since it was introduced shortly after the Sept. 11, 2001 attacks. There was a $5 million bounty on his head.

The U.S. Defense Department’s chief spokesman, George Little, said the suspect is “lawfully detained under the law of war in a secure location outside of Libya.” Little’s statement did not elaborate.

Al-Libi was indicted by a federal court in New York for his alleged role in the bombings of the U.S. Embassies in Dar es Salaam, Tanzania, and Nairobi, Kenya, on August 7, 1998, that killed more than 220 people.

Al-Libi’s son Abdullah al-Ruqai told The Associated press his father was a member of the Armed Islamic Fighting Group, an Islamic terrorist group that battled Gadhafi’s regime, many of whose members were forced to flee the country in the 1990s. Some members later linked with al-Qaida, but others did not. Abdullah said his father and the family were in Afghanistan for about a year in and half in the early 2000s.

Al-Libi was then imprisoned in Iran for seven years, Abdullah said. He did not elaborate, but Iran jailed a number of al-Qaida-linked figures who fled Afghanistan after the 2001 U.S.-led invasion of that country.

The family returned to Tripoli in 2010 under a rehabilitation program run by Gadhafi’s son.

A senior U.S. military official said the Tripoli raid was carried out by the U.S. Army’s Delta Force, which has responsibility for counterterrorism operations in North Africa. The official was not authorized to speak publicly about the operation and discussed it on condition of anonymity.

Family members said gunmen in a three-car convoy seized al-Libi outside his home in the Libyan capital.

Al-Libi was believed to be a computer specialist with al-Qaida. He studied electronic and nuclear engineering, graduating from Tripoli University, and was an anti-Gadhafi activist.

He is believed to have spent time in Sudan, where bin Laden was based in the early 1990s. After bin Laden was forced to leave Sudan, al-Libi turned up in Britain in 1995 where he was granted political asylum under unclear circumstances and lived in Manchester. He was arrested by Scotland Yard in 1999, but released because of lack of evidence and later fled Britain.

In the earlier raid Saturday, the Navy SEAL team reached land near a town in southern Somalia before terrorists of the al-Qaida-linked terrorist group al-Shabab rose for dawn prayers, U.S. and Somali officials told The Associated Press. American officials said there were no U.S. casualties in either the Somali or Libyan operation.

The assault on a house in Barawe targeted a specific al-Qaida suspect related to the Nairobi mall attack, but the operation did not get its target, one current and one former U.S. military official told the AP. It was carried out by members of SEAL Team Six, the same unit that killed bin Laden in his Pakistan hideout in 2011, another senior U.S. military official said.

Both spoke on condition of anonymity because they were not authorized to discuss the raid publicly. 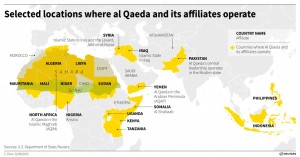 The team ran into fiercer resistance than expected, and after a 15 minute to 20 minute firefight, the unit’s leader decided to abort the mission and the Americans swam away, the official said. SEAL Team Six has responsibility for counterterrorism activities in the Horn of Africa.

A U.S. official said U.S. forces disengaged after inflicting some casualties on the fighters, said the official, who was not authorized to speak by name and insisted on anonymity.

The leader of al-Shabab, Mukhtar Abu Zubeyr, also known as Ahmed Godane, claimed responsibility for the mall attack, a four-day terrorist siege that began Sept. 21 and killed at least 67 people. A Somali intelligence official said the al-Shabab leader was the U.S. target.

Kerry said the United States would “continue to try to bring people to justice in an appropriate way with hopes that ultimately these kinds of activities against everybody in the world will stop.”

Al-Shabab has a formal alliance with al-Qaida, and hundreds of men from the U.S., Britain and Middle Eastern countries fight alongside Somali members of al-Shabab.

Al-Shabab and al-Qaida have flourished in Somalia for years.