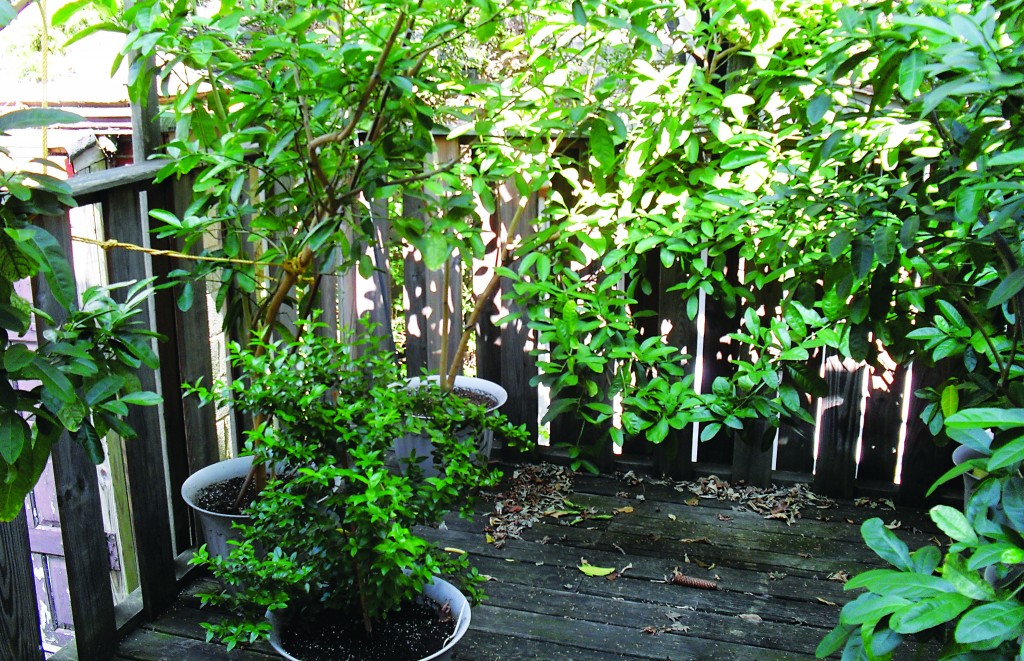 I’ve always had an interest in nature and science — Mah rabu maasecha Hashem! I am fascinated by the idea of seeing things grow; it is truly amazing how one can plant a small seed, nurture it, and see it develop into a plant, fruit, flowers, or an enormous tree.

Hands-on agricultural experience can also be very helpful in Torah learning; for example, in order to learn much of seder Zera’im, one must be familiar with certain areas of botany. And what fascinates me most, and what interests many others as well, are those areas that are relevant to practical mitzvos.

One area in which hands-on botanical experience can help connect you to the performance of a mitzvah is growing one of the arbaah minim on your own.

Many of us know someone who has aravos bushes in their yards, as aravos are one of the few plants that can be grown easily in many climates, including the  temperate Northeast. I have tried growing aravos several times in the backyard of my Brooklyn home, but my available yard space was not adaptable to growing them.

So, about 20 years ago, I decided to try to grow esrogim. I never studied the field formally; I’m just an amateur with a green thumb, who has sort of figured it out and felt his way as he has gone along.

Not all seeds produce trees that bear fruit. However, if you take a branch from a tree that has borne fruit, the tree that grows from that branch should bear fruit as well. But, as it is difficult to obtain an esrog branch — since most esrog trees grow overseas, and the U.S. Department of Agriculture generally does not allow plants or branches from abroad to be brought into the U.S. — it can be difficult to get started by using the branch method.

Therefore, I decided to begin by using the seed-planting method. Anyone can do so, by simply taking the seeds from their own esrog.

Each esrog has it own unique characteristics, shape and yichus. When you plant a seed or branch, make sure that it’s from a type of esrog you like and trust, because if you are lucky enough to have fruit grow from the subsequent tree, it will likely look similar to — and, obviously, have the same yichus as — its forebear.

When I started growing esrogim, I planted a bunch of seeds in plastic cups — one seed per cup. It is important to plant in abundance, rather than relying on just one or two, because, inevitably, some will not succeed: Not all the seeds will grow into plants, not all the plants will grow into trees, and not all the trees will grow fruit.

I made a drainage hole on the bottom of each cup. I stored all the cups in aluminum pans, several cups per pan, and kept the pans near the window to expose them to ample sunshine.

As the plants grew, I transferred them into larger and larger containers, until they eventually grew into small trees, and required very large flower pots, which they still occupy today.

I keep the plants inside during the winter —  they would die outside in the freezing Brooklyn climate — and during the summer I keep them outside on my back porch.

The plants must be watered almost every day in the summer. Therefore, when I used to go to a bungalow colony I took the plants with me. I set up a table with the plants outside the bungalow. There were always curious people stopping by to check out the more than two dozen plants.

Now, I should mention — and my wife is the first to admit this — that the biggest danger to my trees is probably not insects or bad weather; the biggest danger to them is my own wife! During the winter, when the trees are indoors, they take up a considerable amount of space in our home, and my frustrated wife has given away quite a few trees already. Furthermore, it can get very messy when I have to spray them with insecticide and water them indoors. But, to her credit, she has let me hang on to more than a few of them!

I generally visit California once a year. During some of those trips I brought a few of the small esrog plants with me, and found adoptive homes for them, with families that agreed to plant them in their backyards. Many of those plants have by now grown into large trees.

Though some of my California trees have borne fruit, quite a lot has to fall in place for me to be able to use that esrog on Sukkos: The adoptive family has to properly care for the tree, and when a good esrog finally does grow, it must be cut the right way and properly shipped to me. Thus far — although I have used a number of my California esrogim on Sukkos — only once have I had one mehudar enough that I felt comfortable making a brachah on it.

By the time the plants that were still in my home developed into fully grown trees, they were too big to transport by plane to California — and too many to keep at home. My wife thoughtfully suggested that we give some of the trees to the children, and others to friends. After having given those away, in addition to the ones that I previously planted out in California, I ultimately kept half a dozen in my home — which I still have — out of about 25 that I originally planted.

The time it takes for an esrog to grow can vary widely from tree to tree. The shortest wait that I’ve experienced before seeing fruit grow on a tree was three to four years from the time that particular tree was transplanted from my flower pot in Brooklyn to the ground in California.

Generally, when I transplant a tree to the ground in California, as long as it is not removed from the dirt of its original flower pot, the orlah waiting period does not begin anew.

My annual visits to California are usually in February, shortly before Purim. When I visit my trees, I pick the esrogim, since they wouldn’t remain unblemished on the tree until Sukkos. But when I take them home and wrap them well, they have, on occasion, stayed fresh until Sukkos.

Sometimes, as a sort of Purim joke, I bring a recently picked esrog to shul on Purim morning, and make a show of inspecting it with a magnifying glass!

The trees that I keep in the flower pots in Brooklyn require quite a bit of work during the winter, when they are inside my home. I occasionally have to spray them with insecticide,to kill the insects that form webs on the leaves and branches; for some reason, these insect webs only seem to form on them when they are indoors, during the winter. Also, once I bring the trees inside for the winter, they gradually begin losing many of their leaves, and it’s a constant chore to sweep up the fallen ones.

However, during the summer, when I bring the trees outside to the porch, they require no care other than the near-daily watering I mentioned earlier. (In winter, I only water them about once a week.)

I trim my Brooklyn trees twice a year. I do the first trimming in the spring, when I first bring the trees outside, so that I can control the growth pattern. If I didn’t trim the trees, most of the growth would occur on the top, and then, when I do the second trimming at the end of the summer — so that they aren’t too tall to fit inside my home — I would be removing most of the growth.

Last year, after trimming the trees, I took some of the branches and planted them, using the branch-planting method I mentioned previously. In all, I made 15 of those small branch plants, five of which survived and have since been transplanted to California.

On an esrog tree — as with all citrus trees — the fruit-bearing process begins with the tree’s blossoming; the blossoms look like small white flowers. The middle of the blossom, called the stigma, is what eventually becomes the esrog, after it is pollinated.

However, most blossoms do not have a stigma; therefore, they cannot develop into a fruit.

The trees that I keep in my home in Brooklyn didn’t grow any blossoms for a very long time, and I resigned myself to the possibility that they may never do so. I once consulted an esrog grower, who told me that the chances of growing fruit with such a minimal amount of earth are very slim.

But then, a little more than two years ago, for the very first time, one of my trees at home finally began to blossom! And when we discovered that the blossoms had a stigma, we were hopeful that we might one day see fruit.

However, for the next two years, despite the tree having blossomed several times, it didn’t produce any fruit.

Finally, this summer, for the first time in two decades, one of the trees on my back porch began to grow fruit; in fact, it began to grow two esrogim! (Not surprisingly, those two esrogim have a very similar shape to the esrog from whose seeds they came.)

Around the same time, another of my Brooklyn trees began to also blossom for the first time. That is one tree I am quite proud of; at one point it was almost dead, but I continued to water and nurture it, and now I am hopeful that it one day will grow fruit as well.

This Sukkos, for the first time in all these 20-plus years that I have been working with my esrogim at home, I hope to make a brachah on my very own esrog grown in Brooklyn.

I wonder if part of the hidur of the esrog is in, “Adam rotzeh b’kav shelo, yoser me’tishah kabin shel chaveiro — A person values something he produced, more than nine times as much as he values something produced by another.”

And, perhaps, the brachah of Shehecheyanu I make over it will have a very special dual meaning for me!