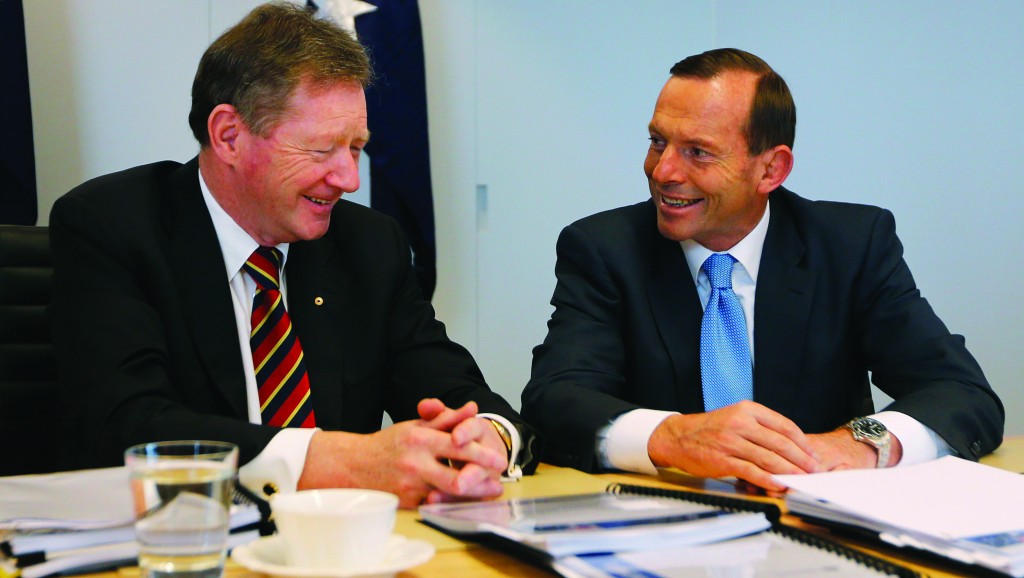 Australia’s incoming conservative government promised to reboot a stalled mining boom and revive an appetite for investment on Sunday after leader Tony Abbott swept into office on a platform to scrap a mining tax and run a stable administration.

Abbott’s Liberal-National Party coalition ended six years of often turbulent Labor Party rule and three years of minority government, winning a majority of more than 30 seats in the 150-seat parliament in Saturday’s national elections. It was Labor’s worst result since 1934.

Abbott began his first day as prime minister-elect with a dawn bike ride with friends around his home on Sydney’s northern beaches before meeting government and ministry officials.

“People expect the day after an election an incoming government will be getting down to business. That’s what I’ll be doing today,” Abbott told reporters.

Abbott, who was backed by media owner Rupert Murdoch and his Australian newspapers, takes office as Australia’s economy adjusts to the end of a mining investment boom, with slowing government revenues and rising unemployment.

But Abbott’s finance spokesman Andrew Robb, who may become the trade minister in the new government, said Australia’s economy and mining sector would receive a boost from the election result.

“As of today, the mining boom will be rebooted,” Robb told Australian media, adding that Australia had become uncompetitive under the Labor government. “We will restore an appetite for risk and investment.”

Analysts said the victory for Abbott should give him at least two three-year terms in office.

“The only time we’ve ever had a one-term government is during the Great Depression. There is no real reason to expect they won’t go beyond the three years,” Monash University analyst Nick Economou told Reuters.

Despite his victory, Abbott’s government will not have a majority in the upper house Senate, where he is likely to face a disparate range of minor parties and independents. Labor and the Greens will control a Senate majority until next July.

Abbott will need Senate approval to scrap the carbon and mining taxes and to implement his landmark paid parental leave scheme, which has upset big business and many in his own party.