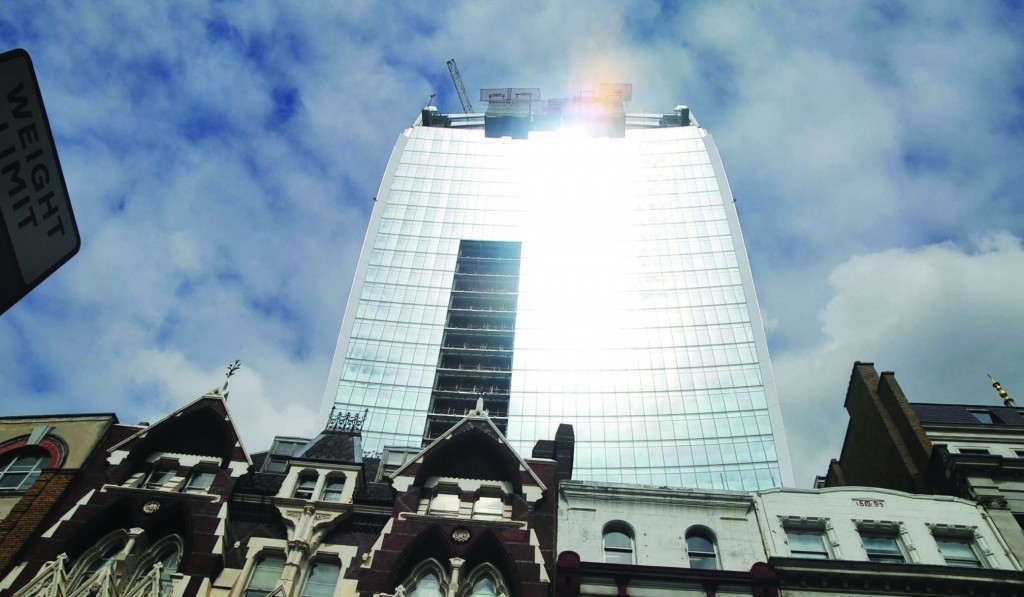 Motorists may want to think twice about parking in front of the half-built London skyscraper known as the Walkie-Talkie.

That’s because the glare off the skin of the new building is so intense that at least one Jaguar owner says it caused part of his vehicle to melt.

And that’s not all: Locals say the building’s heat also burned a hole in the welcome mat of a barber shop across the street.

“We were working and just saw the smoke coming out of the carpet,” said shop owner Ali Akay. “This is a health and safety issue. They should have looked into this before they built it.”

In a joint statement, developers Land Securities and Canary Wharf said they are taking the complaints seriously and looking into how the building reflects sunlight. The 37-story tower — one of the most distinctively shaped skyscrapers in London’s financial district — is expected to be completed in 2014. The problem lasts about two hours a day and is expected to continue for another two to three weeks.