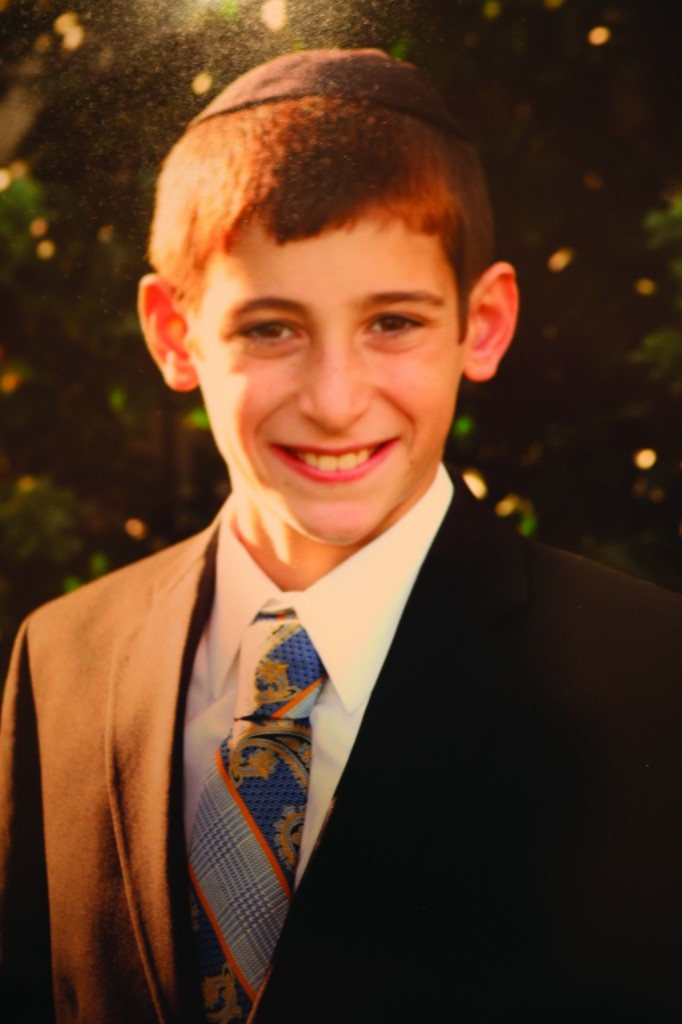 Coming home from Camp Agudah last week, Aaron Tepfer was looking forward to starting learning from his brand new set of Mishnah Berurah he received as a camp gift, in the sixth grade of yeshivah he was to start on Monday.

Aaron, who was to turn 11 after Sukkos, was enjoying a boat ride in Reynolds Channel just off the Five Towns community of Cedarhurst where he lived. He fell into the water, and when he tried climbing back into the boat, his left leg got stuck in the propeller.

Aharon was niftar at midnight
that night, throwing his parents and wide circle of family friends into mourning.

At the levayah Sunday morning at Yeshivah Darchei Torah, his father said that he personified his name: he had the middah of Aharon Hakohen who was an ohev shalom and a rodef shalom.

Moshe Benoliel, Darchei Torah’s director of alumni affairs, told Hamodia on Sunday that “Aaron was a serious talmid who took his learning seriously. He absorbed at home the values of Torah being the priority.”

Rabbi Benoliel said that Aaron’s zest for life combined with his unusual sensitivity made him a frequent mediator during arguments between children.

Born to Tuli and Rachel Tepfer in 2002, Aaron’s father, a businessman, is a Daf Yomi maggid shiur at his shul and his mother is a secular studies teacher at Darchei Torah. Aaron is the youngest of six brothers to attend Darchei Torah.

At the levayah, the sounds of loud weeping was heard throughout the overflowing crowd.

“The sight of a father, his hand wrapped around his son, was not unusual,” Rabbi Benoliel said.

Maspidim recalled anecdotes of Aaron’s infectious sense of humor, and the fact that it occurred two weeks before Rosh Hashanah.

“This was our shofar,” declared Harav Yaakov Bender, Rosh Yeshivah of Darchei Torah.

Kevurah was at Mount Moriah cemetery at Fairview, N.J., near his grandfather

Shivah will be observed at 376 Rugby Road, in Cedarhurst, N.Y. until Friday afternoon.