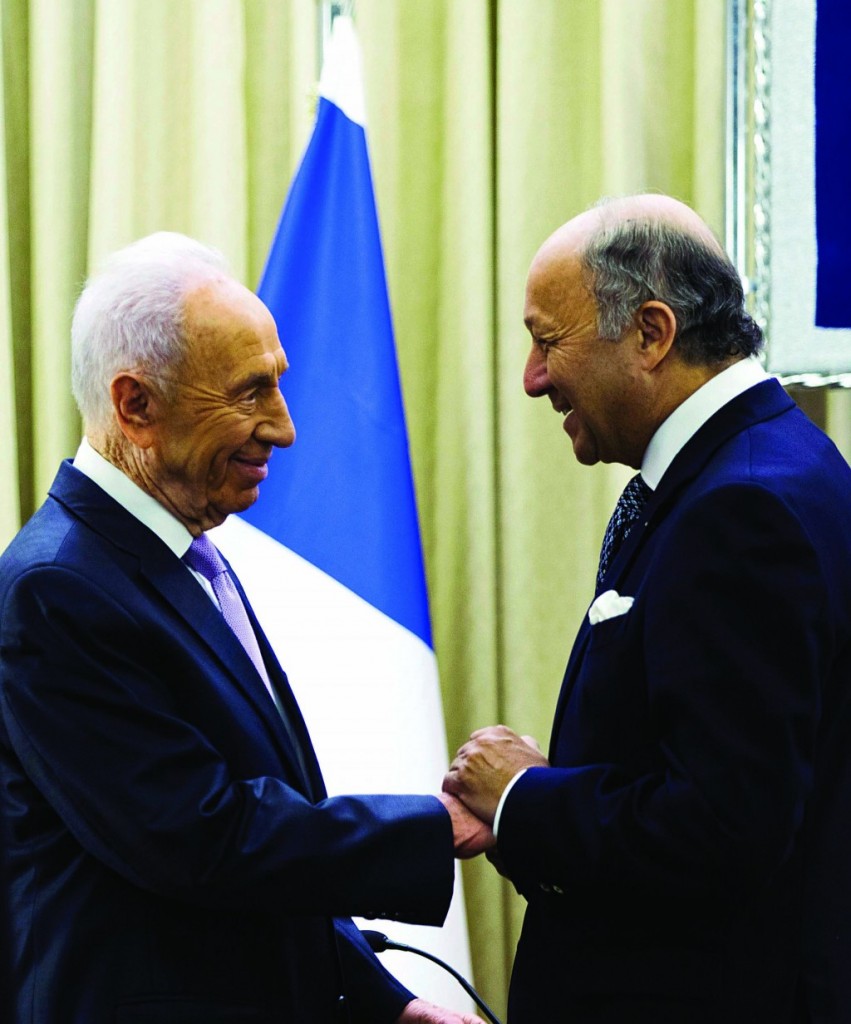 While the United States and Europe pondered the risks of intervention in Syria, Israeli Prime Minister Binyamin Netanyahu declared on Sunday that the situation — which now appears to include chemical warfare — cannot continue.

President Shimon Peres told French Foreign Minister Laurent Fabius during the latter’s visit to Israel on Sunday that the price of letting Damascus possess and use chemical weapons was greater than the risks of removing them.

Speaking ahead of the weekly cabinet meeting, Netanyahu said that reports of the massacre point to “a terrible tragedy and a terrible crime. Our hearts go out to the women, children, babies and civilians injured so cruelly by the use of weapons of mass destruction.”

The “moral call is superior to any strategic considerations,” the president said, so therefore “the time has come for a joint effort to remove all the chemical weapons from Syria. They cannot remain there either in the hands of Assad or of others.”

Although removing chemical weapons would be “very complicated” and “very expensive,” Peres said, “it is more dangerous and more expensive to leave [them] there. It must be done.”

Peres lauded Fabius for his “clarity and courage” in the Syrian crisis. Fabius responded, saying, “I have already spoken clearly about the use of chemical weapons and Assad’s regime. We must respond strongly to these events. All the leaders must reach the appropriate response but it is unthinkable that once what happened is proven, and those responsible identified, there will not be a strong response by the international community. If the international community fails to act following the events in Syria then the people of the world will wonder who can be trusted, on whom can we depend.”

Netanyahu met later in the day with Fabius, with Syria expected to be on the agenda for discussion.

Earlier in the day, Intelligence Minister Yuval Steinitz told Army Radio that the Syrian development cannot be ignored. He said the chances of a Syrian attack on Israel in retaliation for U.S. intervention were small, but that, of course, precautions must be taken.

Defense Minister Moshe Yaalon indicated that he believes that chemical weapons were used, as he told Fabius that “there are many events taking place in our region, especially the use of unconventional weapons by an unconventional regime — a step that caused the tragic deaths of thousands of innocent civilians.”

“This is not the first time that the Syrian regime, which is supported by Iran and Hizbullah, used unconventional weapons, and for it, this has become a matter of routine,” Yaalon stated.