General Why the Stock Market Is Having a Chilly August 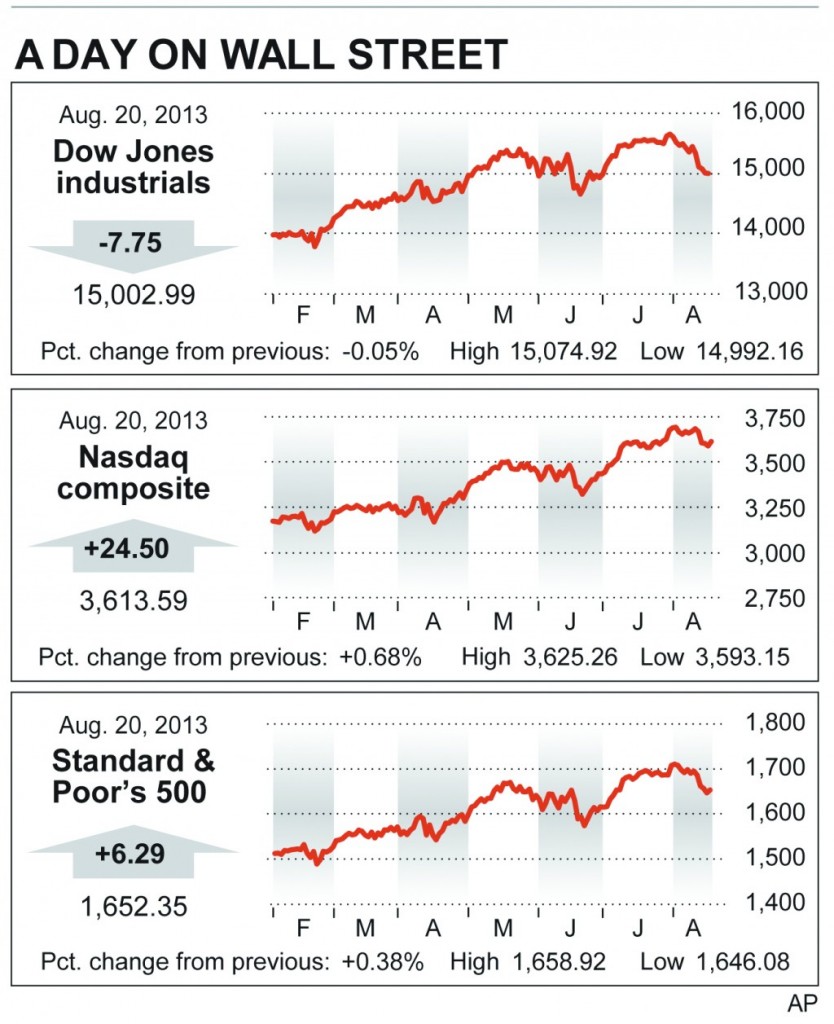 It’s been a chilly August for the stock market.

At the start of the month, the Dow Jones industrial average and Standard & Poor’s 500 index hit all-time highs. Now the market is down 4 percent from its peak, and August is on track to be the Dow’s worst month since May 2012.

On Tuesday, the Dow posted its fifth straight day of losses, the first time that’s happened this year. While the S&P 500 and Nasdaq composite index did rise modestly, it was first time in four days those indices have seen green.

The stock market slide in the last couple of weeks reflects a shift in investor strategy that began in the bond market and spilled into stocks. The spillover then mixed with lingering concerns about the U.S. economy, leading to the last several weeks of volatility, market observers say.

“The bond market is the catalyst for this selloff,” says Quincy Krosby, market strategist with Prudential Financial.

While most of the selloff occurred in the last couple weeks, it had its origins months ago.

Up until early June, bond funds had been one of Wall Street’s more popular investments — particularly among average investors. More than $1.2 trillion was socked away into bond mutual funds and bond exchange-traded funds between 2009 and 2012, according to TrimTabs.

That was before Federal Reserve Chairman Bernanke said the central bank could pull back on its $85 billion-a-month bond-purchase program, which was designed to keep bond yields low.

Bernanke made bond investors nervous in mid-June by saying that the Fed, one of the bond market’s biggest customers in the last several years, may scale back its buying. Investors pulled more than $65.8 billion out of bond funds in June, according to mutual fund research firm Lipper, the largest amount ever on a cash basis and the second largest outflow in percentage terms since the financial crisis in 2008. Investors pulled an additional $22.5 out of bond funds in July, according to Lipper.

With so many investors exiting bonds — particularly Treasuries — at the same time, bond prices declined sharply. The yield on the benchmark 10-year U.S. Treasury note has climbed from 1.63 percent in early May to as high as 2.88 percent this week. Yields climb as prices fall.

“As the 10-year yield has inched higher, the selling has led to more selling,” Krosby said.

Shares in industries such as utilities, pharmaceuticals and telecommunications are often purchased because they provide a higher-than-normal dividend. As Treasury yields rise, it makes all dividend-paying stocks less attractive to investors. That’s because Treasuries can provide a similar return with significantly less risk.

Investor worries were also heightened by bad news from retailers. Wal-Mart, Kohl’s, Macy’s and Saks all cut their investment outlooks for the year last week — raising concerns that the American consumer, who makes up roughly 70 percent of the U.S. economy, might be pulling back.

While stocks have declined noticeably in the last few weeks, it’s important to keep things in perspective, says Greg Sarian, managing director of the Sarian Group at HighTower Advisors and a certified financial planner. The S&P 500 is up 16 percent this year while the Dow is up 15 percent. In any normal year, such returns would be considered respectable for a retirement portfolio.