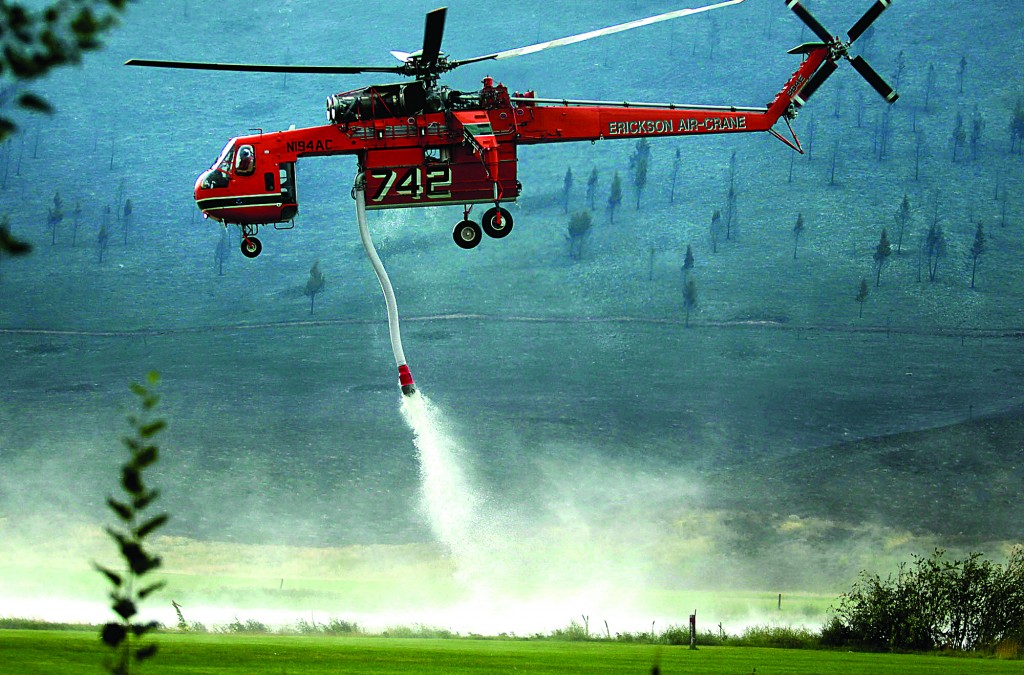 Fire managers are expressing optimism in their battle against a wildfire that has scorched nearly 160 square miles and forced the evacuation of 2,300 homes near two central Idaho resort communities.

Officials said Sunday the fire near Ketchum and Sun Valley grew only about 12 square miles because of cloud cover the day before and the arrival of additional firefighters.

More than 1,200 people are now assigned to the Beaver Creek Fire, which is 9 percent contained.

Fire managers say both of the nation’s DC-10 jet retardant bombers have been used, but one experienced an engine malfunction after a drop Thursday. The jet made it back safely to Pocatello in southeastern Idaho but remains unavailable.