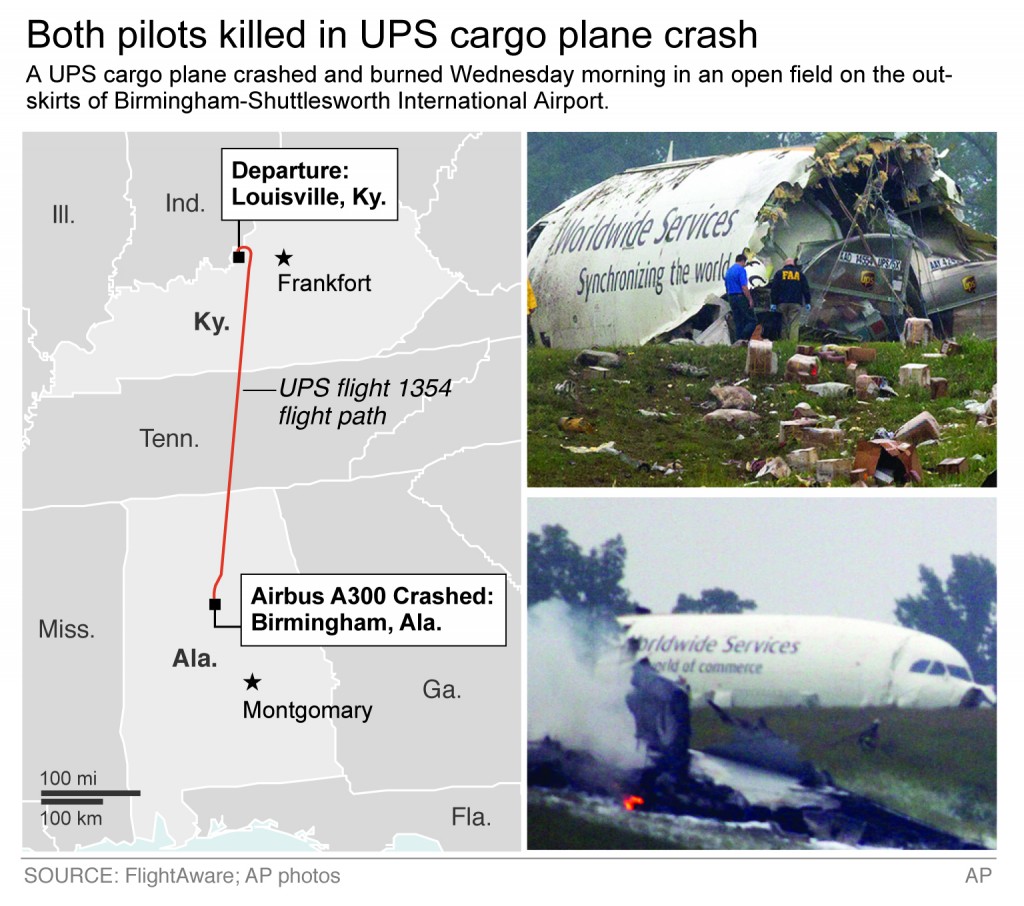 A UPS cargo plane crashed into a field near the Birmingham airport Wednesday, killing two pilots and scattering wreckage over a rural area moments after witnesses heard the massive A300 jet coming in at treetop level.

People living near the airfield reported seeing flames coming from the aircraft and hearing its engines struggle in the final moments before impact.

“It was on fire before it hit,” said Jerome Sanders, who lives directly across from the runway.

The plane, which had departed from Louisville, Ky., went down about a half-mile from Birmingham-Shuttlesworth Airport. It broke into several pieces and caught fire. The pilot and co-pilot were the only people aboard.

Weather conditions at the time were rainy with low clouds.

Toni Herrera-Bast, a spokeswoman for the city’s airport authority, said the crash did not affect airport operations, but it knocked down power lines and appeared to topple at least one tree and utility pole.

The National Transportation Safety Board sent a team of investigators to the scene.

UPS spokesman Jeff Wafford said the jet was carrying a variety of cargo, but he did not elaborate.