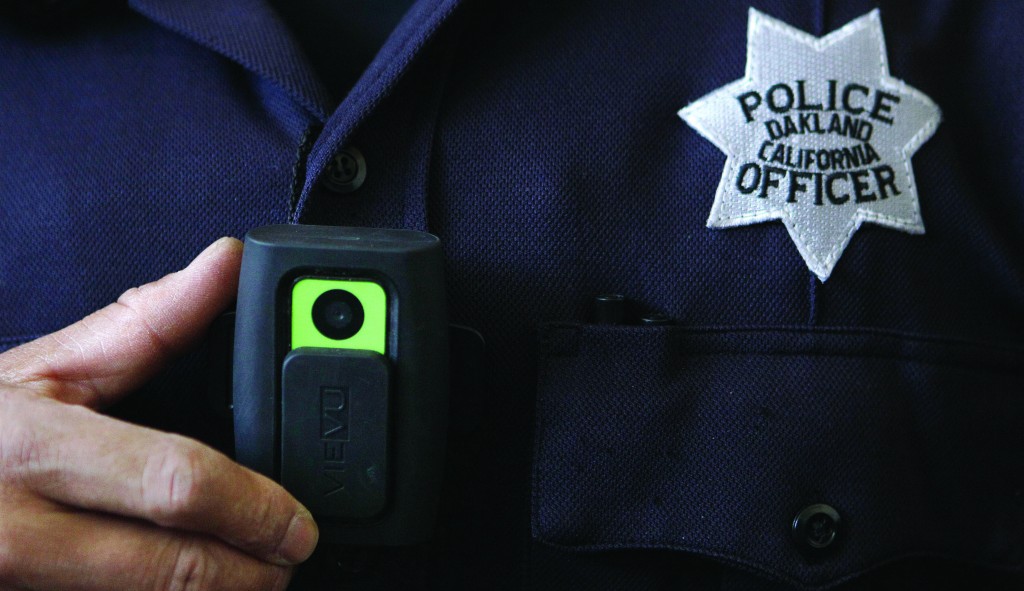 A federal judge’s plan to force some New York officers to start wearing tiny body cameras has angered Mayor Michael Bloomberg and police unions, setting up the next frontier in the battle between public security and what some perceive as racial profiling.

Along with a broader finding that the NYPD stop-and-frisk tactic was discriminatory, U.S. District Judge Shira Scheindlin ordered a pilot program of the cameras, ostensibly since that would enable officers to protect themselves against citizen complaints.

But Bloomberg criticized the cameras as intrusive for the 35,000-officer department, suggesting that it would impede cops from performing their work over fears their cameras would capture the wrong images.

“It would be a nightmare,” the mayor said. “Cameras don’t exactly work that way. Camera on the lapel or the hat of the police officer — he’s turned the right way, he didn’t turn the right way — ‘my G-d, he deliberately did it.’”

Even civil rights activists who have long sought changes in the police department are not ready to sign onto the idea. They are worried about privacy concerns in a city that already has thousands of public and private cameras recording people.

Police sources told the New York Post on Wednesday that they do not intend to implement the judge’s order. One possible way of getting out is by invoking the police officers’ union, who could argue that cops may not be forced to wear extra equipment without it being first negotiated as part of their contract.

“There is simply no need to equip patrol officers with body cams,” said Pat Lynch, head of the Patrolmen’s Benevolent Association. “Our members are already weighed down with equipment like escape hoods, Mace, flashlights, memo books, ASPs, radio, handcuffs and the like. Additional equipment becomes an encumbrance and a safety issue for those carrying it.”

Bloomberg has vowed to appeal Scheindlin’s entire ruling, which likely means no changes are imminent.

“If [Attorney General Eric] Holder and [President Barack] Obama want to investigate a police department,” Pataki said on MSNBC, “why don’t they look at Chicago, where the civil rights of young African-Americans are being not only taken away, but they’re being murdered in record rates in the South Side of Chicago?”

Obama and Holder were not involved in the stop/frisk lawsuit, although the Justice Department did advise the court that if the policy were found unconstitutional, they recommended appointing an independent monitor. In Monday’s ruling, the judge did order a federal monitor.

“It’s easy to not pay attention to the housing projects like they do in Chicago and let crime go on there,” the former three-term Republican governor said. “I can’t tell you the number of times I’ve heard, ‘Oh, it’s just gang members shooting other gang members, so what?’ It is, I think, a tribute to this mayor and police department that we are putting so much of our police emphasis in low-income neighborhoods, in high-crime neighborhoods.”

A spokesman for the Chicago Police Department took issue with the comparison, saying Chicago’s crime rate is down and it respects suspects’ rights. But at least one high-profile Windy City resident agreed with Pataki.

Nathaniel Pendleton, whose 15-year-old daughter, Hadiya, was shot to death a week after performing at Obama’s second inauguration in January, said that if it ain’t broke, don’t fix it.

“If crime rates are down in New York, don’t stop what you’re doing. Don’t test the water,” Pendleton said. “Can you sleep at night if someone gets shot because a cop couldn’t search someone they know has a gun?”

Hadiya ’s funeral was attended by first lady Michelle Obama, and the president has referenced her several times in speeches calling for tighter gun-control methods.