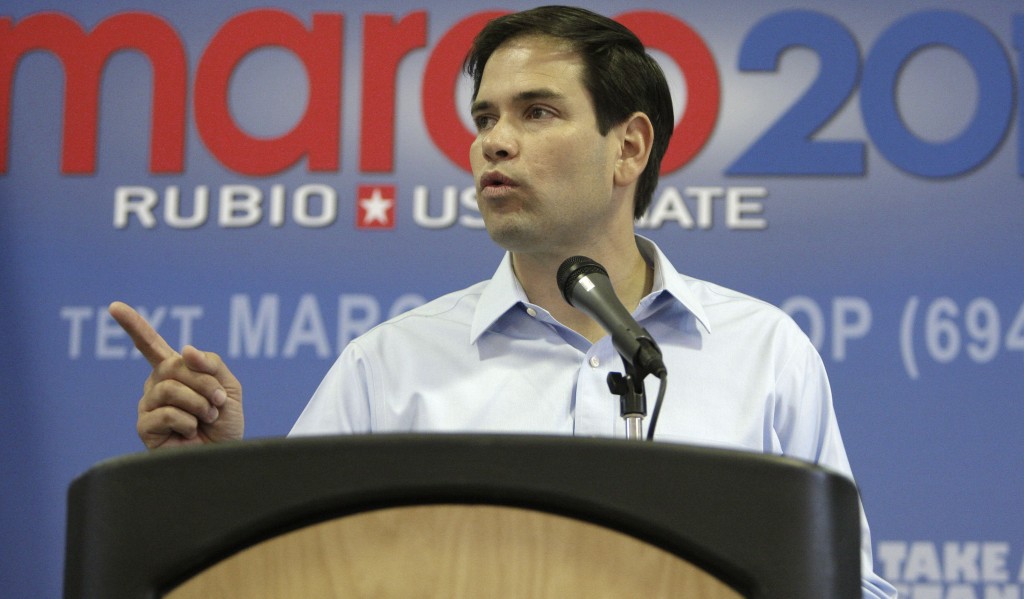 Florida Republican Sen. Marco Rubio warned Tuesday that if Congress doesn’t pass immigration overhaul legislation, President Obama may act on his own to legalize the 11 million immigrants already in the U.S. illegally.

Rubio, a potential presidential candidate and an author of the sweeping immigration bill that passed the Senate in June but stalled in the House, noted that the Obama administration took action a year ago to give legal status to many immigrants brought here illegally as children. He said without congressional action, the president might well be tempted to do the same for everyone else here illegally, too.

“I believe that this president will be tempted, if nothing happens in Congress, he will be tempted to issue an executive order like he did for the DREAM Act kids a year ago where he basically legalizes 11 million people by the sign of a pen,” Rubio said on a Tallahassee, Florida, morning radio show.

Rubio said the possibility highlighted the need for congressional action because the alternative would be legalization without benefits like border security and an E-Verify system requiring employers to check their workers’ legal status.

“We can’t leave it, in my mind, the way it is, because I think a year from now we could find ourselves with all 11 million people here legally under an executive order from the president, but no E-Verify, no more border security, no more border agents — none of the other reforms that we desperately need,” Rubio said.

Asked whether Obama would be “tempted” to issue executive orders as Rubio suggested, White House spokesman Bobby Whithorne said, “No. The only solution to this problem is for Congress to fix the broken immigration system by passing comprehensive reform.”

Rubio’s comments came with lawmakers back home in their districts for Congress’ five-week summer recess, which activists on both sides of the immigration issue are trying to use to make their case for or against action in the GOP-controlled House.

Under pressure from advocates for reform, several House Republicans have already indicated qualified support for a path to citizenship for the immigrants already here illegally, something that’s part of the Senate bill but opposed by many conservatives. Meanwhile those opposed to reform struggled to draw a crowd to a “Stop Amnesty Tour” event in Richmond, Va., Monday night.

But it remains unclear whether one side will clearly prevail come time for lawmakers to return to Washington in September, or what will happen then. GOP House leaders have said they plan to proceed with the immigration issue with single-issue bills, beginning with border security, so it remains to be seen whether they’ll get to the point of entering negotiations with the Senate on a package that could reach Obama’s desk.

Rubio’s comments Tuesday tracked with speculation sometimes heard from immigration activists on the left about how to move forward if Congress never sends Obama a bill. The possibility of pressuring Obama to take additional executive action has been discussed, though most advocates with ties to the White House say it’s premature to focus on that idea.